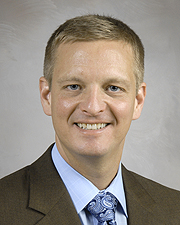 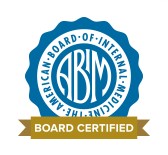 Dr. Andrew W. DuPont received his medical degree from The University of Texas Health Science Center at Houston (UTHealth) in 1998.  After receiving his MD, he completed his internship and residency in Internal Medicine at the University of Alabama in Birmingham and remained there for his fellowship training in Gastroenterology & Hepatology. During his fellowship at UAB he received a Master of Science in Public Health degree in clinical research-epidemiology and pursued advanced clinical training in the care of patients with inflammatory bowel disease. After completion of his fellowship he received an appointment to Assistant Professor of Medicine at the University of Texas Medical Branch in Galveston in the Division of Gastroenterology, where he also served as the Program Director of the Gastroenterology Fellowship Program. In 2009 he was recruited to return to UTHealth McGovern Medical School as an Assistant Professor and to become the Director of Clinical Investigation and Director of the Inflammatory Bowel Disease Program in the Division of Gastroenterology, Hepatology and Nutrition. In 2012, he received an appointment to Associate Professor and also serves as the Program Director for the Gastroenterology Fellowship Program.

Dr. DuPont has served on multiple national and regional medical committees and is active in numerous medical societies. In addition to authoring several textbook chapters, he has published multiple studies on various gastrointestinal disorders. As well as caring for patients with general gastrointestinal disorders, he has a special clinical and research interest in inflammatory bowel disease (IBD), irritable bowel syndrome (IBS), intestinal microbiota, enteric infections, and colon cancer screening.