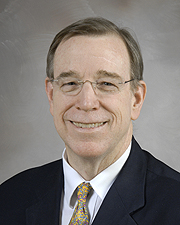 Dr. Reveille received his rheumatology training at Johns Hopkins University in the 1980’s. After fellowship, he was Assistant Professor at the University of Alabama at Birmingham (UAB) for 4 years before being recruited by Dr. Frank C. Arnett to join the faculty at the University of Texas Health Science Center at Houston in 1987. He was promoted to Associate Professor 3 years later and became Professor in 1997. Dr. Reveille was principal investigator at the UT site for the Lupus in Minorities – Nature vs Nurture study (1993-2003), and serves the same role for the COGNITION study in Lupus and for the UAB Program Project grant on the genetics of SLE. In 1997, he received the Alfred and Anna Brohn Memorial Award for Service to the Lupus Foundation of America. He was the Director of the North American Spondylitis Consortium (1999-2004) and he has also served as the P.I. of the NIH-funded Program Project on the Genetics of Spondyloarthritis and co-founder and member of the Executive Committee of the Spondyloarthritis Research and Treatment Network (SPARTAN). Dr. Reveille has received the Outstanding Achievement Award from the Spondylitis Association of America in 2003, and has served on their Board of Directors since 2007. Since 1991, he has served as the Director of the HIV Rheumatology Clinic at the Thomas Street Clinic. Dr. Reveille was Director of the Division of Rheumatology from 2002 to 2019. He was also President of the Pan American League of Associations of Rheumatology (PANLAR). Dr. Reveille is involved in Phase III studies of biologic therapies for ankylosing spondylitis/spondyloarthritis and has been named as a “Super Doc” in Texas Monthly magazine every year since 2005 and Best Doctors in America since 2008. He was selected as a Master of the American College of Rheumatology in 2019.