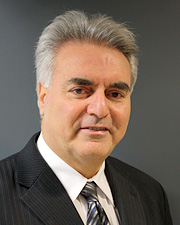 Dr. Rahbar obtained his PhD degree in Statistics from Michigan State University (MSU) in 1988. From 2001-2008, he served as a tenured Professor of Biostatistics and Epidemiology in the College of Human Medicine at MSU and the founding Director of MSU’s Data Coordinating Center (DCC). While at MSU, he served as PI of the DCC for the Centers for Disease Control and Prevention (CDC)-funded national network of autism research centers during 2004-2008.

In 2008, Dr. Rahbar joined the University of Texas Health Science Center at Houston (UTHealth) as Professor of Epidemiology and Biostatistics in the School of Public Health and Director of Biostatistics/Epidemiology/Research Design (BERD) component of Center for Clinical and Translational Sciences (CCTS) at UTHealth. While at UTHealth, he has been successful in obtaining funding for several multi-million dollar projects, including his role as the PI of the DCC for a Prospective, Observational, Multi-center Major Trauma Transfusion (PROMMTT) Study, a $ 9.8-milion DoD funded project; PI of Data Core for The University of Texas Specialized Program in Acute Stroke (SPOTRIAS) funded by NINDS; PI of Data Management and Statistical Core for “Genetics and Ankylosing Spondylitis Pathogenesis”, funded by NIAMS/NIH; and a R21 funded by NICHD/FIC and a R01grant funded by NIEHS, “Epidemiological Research on Autism in Jamaica- Phase I and 2”. He has also served as PI of two methods development grants (a multiple PI R21 grant from NHLBI (Rahbar, Ning) and a R03 from NINDS this is currently active. Dr. Rahbar’s current research interests also include global maternal and child health as well as stroke, with a particular focus on Low-Middle Income Countries (LMICs).

In 2012, Dr. Rahbar was appointed as the founding Director of the Division of Clinical and Translational Sciences (DCTS) in the Department of Internal Medicine, McGovern Medical School at UTHealth. Currently, he is a tenured professor with a primary appointment in the Department of Internal Medicine, McGovern Medical School, with a secondary appointment in the School of Public Health at UTHealth. In 2020, Dr. Rahbar was also offered and appointed as a professor in the Institute for Stoke and Cerebrovascular Disease at UTHealth.
Dr. Rahbar is a member of several professional organizations including Joint Statistical Meeting (JSM), American Statistical Association (ASA), Society of Epidemiological Research (SER), International Society for Autism Research (INSAR), Canadian–USA Clinical Epidemiology Network, and Pulmonary Vascular Research Institute. Dr. Rahbar serves as a member of Advisory Group to the World Health Organization (WHO) regarding Maternal and Perinatal Health Research and Reproductive Epidemiology. He has served as the Editor-in-Chief of American Journal of Autism (AJA) and as a reviewer for several study sections including NICHD, NIEHS, NHLBI, NINDS, NIAMS, DoD, and WHO.