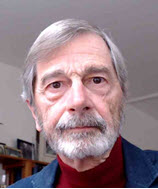 Jerry S. Wolinsky, MD is Professor Emeritus in the Department of Neurology at the McGovern Medical School, The University of Texas Health Science Center at Houston (UTHealth). He held the Bartels Family and Opal C. Rankin Professorships of Neurology, was a member of the faculty of the Graduate School of Biomedical Sciences, and served as director of the Multiple Sclerosis (MS) Research Group and the Magnetic Resonance Imaging (MRI) Analysis Center until his retirement in the fall of 2016.

Born in Baltimore, Dr. Wolinsky spend all of his formative years in Chicago, where received his MD from The University of Illinois College of Medicine in 1969. Residency training in clinical neurology, fellowship in experimental neuropathology and first faculty appointment at The University of California San Francisco followed. There he concentrated on the pathogenesis of viral infections of the nervous system and began to focus clinically on the therapeutics of brain infections and MS. He joined the faculties of The Johns Hopkins University Schools of Medicine, and Hygiene and Public Health in 1978, where he applied more molecular tools to his basic investigations. Since attracted to Houston by Dr. Frank M. Yatsu to join the faculty of UTHealth in 1983, he settled in Houston. Here his focus increasingly shifted to the design, implementation, conduct and analysis of clinical trials of MS, and basic and applied research in quantitative MRI analysis and MR spectroscopic imaging. His basic and clinical translational work has been continuously supported through multiple competitive federal and philanthropic organizations, and industry sponsored projects and clinical trials since 1975.

Dr. Wolinsky has served on review and advisory committees of the National Institutes of Health, Food and Drug Administration, numerous pharmaceutical houses and as interim Dean and interim Chair of Neurology at the McGovern Medical School. He is past chair of the Research Programs Advisory and National Medical Advisory Committees of the National MS Society, and a past President and Emeritus Board Member of Americas Committee for Research in Multiple Sclerosis (ACTRIMS). He served on the editorial boards of Annals of Neurology (1980-1987), Multiple Sclerosis Journal (1994-2017) and Multiple Sclerosis and Related Diseases (inception – present) among others, and was an Associate Editor, Scientific American Medicine; WebMD Scientific American Medicine, ACP Medicine 1995 – 2010.  He is recognized in Best Doctors in America and America’s Top Doctors and is a Distinguished Physician of the Memorial Hermann – Texas Medical Center Campus. He is a Fellow of the American Neurological Association, American Academy of Neurology and the American Association for the Advancement of Science, and an Emeritus member of the American Society for Clinical Investigation. He received a Lifetime Achievement Award from The Consortium of MS Clinics last spring, and from the Texas Neurological Society at this year’s 2018 winter meeting. He has authored over 300 papers relevant to neurovirology, neuroimmunology, clinical trials and MS imaging. As senior author, he accepted the Society for Clinical Trial’s David Sackett Trial of the Year 2016 Award – Oratorio, work that supported the approval of ocrelizumab as the first documented therapy to modify the clinical course of primary progressive MS.

Multiple Sclerosis and Demyelinating Diseases of the CNS