Transoral robotic surgery (TORS) has recently emerged as an alternative to comprehensive chemoradiation in the treatment of mucosal aerodigestive tract malignancies. In a presentation made last fall to the American Academy of Otolaryngology—Head and Neck Surgery, otolaryngologist Ron J. Karni, MD. , demonstrated that the precision of the da Vinci® Surgical System can be improved with the use of a CO2 laser. 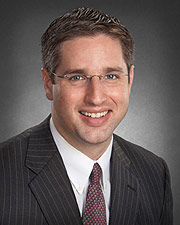 “The optics and maneuverability of TORS with the da Vinci are unparalleled, but our original cutting tool, which used unipolar electrocautery, was primitive,” Dr. Karni says. “Electrocautery causes uncontrolled collateral tissue damage, making it more difficult for us to deliver the clear margins a pathologist needs to provide a confident report. The CO2 laser has always been part of the arsenal in head and neck cancer surgery. By combining the laser and the robot, we can now operate on more topographically complex tumors and move patients away from the traditional one-size-fits-all chemoradiation protocols.”

Robert “Doc” Halliday is one of more than 50 patients at Memorial Hermann-Texas Medical Center who have recently benefited from the coupling of the da Vinci robot to the flexible CO2 fiber, which can be aimed like a laser gun at tumors and their margins. Diagnosed with squamous cell carcinoma of tongue base, the 74-year-old underwent surgery with TORS-L in October 2013.

“On examination I could see an irregularly shaped mass at the base of the right side of Doc’s tongue,” says Dr. Karni, who has worked with OmniGuide Surgical at Memorial Hermann-TMC and venues across the United States to develop a carrier for a flexible CO2 laser fiber. “After discussing the case with the tumor board, we decided to recommend treatment. During the procedure, we got a nice exposure of the tumor, excised it and performed a neck dissection, which made him a candidate for lower-dose radiation therapy.”

The opportunity for de-intensified radiation therapy was important to Halliday as a former esophageal cancer patient. Treated in 1998 and 1999 with chemotherapy and radiation, he was concerned that a second round of radiation would impair his ability to swallow and diminish his quality of life.

As a NASA mechanical engineer who develops explosive devices for launch separation systems, Halliday has worked with robotics and was curious to learn more about the interface between human and robot. “I read about the da Vinci online and came to think of it as my Italian buddy Vinny,” he says. “Using robotics for surgery is a very cool thing. I was actually looking forward to my surgery so I could tell people that my buddy Vinny had operated on me.” 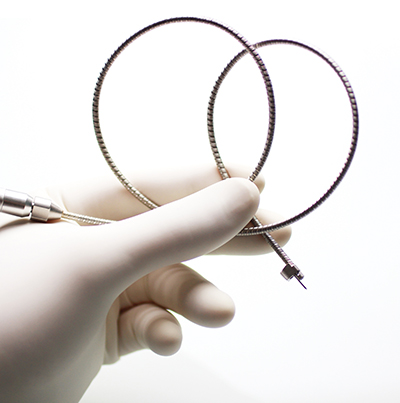 After the procedure, Halliday had a very sore throat for about 10 days, and then recovered well. Less than a month later, he and his wife vacationed in Cabo San Lucas, Mexico.

“Doc is unique. He was much more interested in the technical aspects of the robot than most of my patients,” Dr. Karni says. “I like it when patients roll up their sleeves and get engaged in the procedure. We really bonded over the robot, and as a result we have more than a typical doctor-patient relationship.”

At the 2013 American Academy of Otolaryngology meeting held in Vancouver last September, Dr. Karni presented the results of a laboratory study conducted at UTHealth Medical School on the coupling of TORS with the CO2 laser. “A TORS approach to aerodigestive tract malignancies is predicated on the successful delivery of clear margins to justify the de-intensification of adjuvant therapies and improve functional outcomes, especially swallowing,” he said in the presentation. “The CO2 laser, via a number of delivery systems, has been the preferred energy source for surgery of mucosal lesions of the upper aerodigestive tract for more than 20 years because of its distinct advantages in precision handling, hemostasis and the preservation of surrounding tissue fields for margin assessment. We’ve adapted a flexible fiber CO2 laser delivery system to the da Vinci robotic platform to perform transoral resections with greater precision and less tissue loss.”

The researchers hypothesized that TORS performed with a CO2 laser would result in a smaller zone of cellular damage in tissue adjacent to mucosal and deep soft tissue incisions than TORS with unipolar electrocautery (TORS-EC). In porcine studies, the mucosal zone of destruction and deep soft-tissue zone of destruction were significantly less in TORS-L than in TORS-EC. The investigators concluded that TORS-L decreased collateral tissue destruction. “TORS-L performed with proper tension-countertension technique further decreases unwarranted tissue destruction and may, in turn, serve to preserve surgical margins in oncologic surgery,” Dr. Karni reported. “This leads us to believe that using TORS-L toward the goal of clear surgical margins may facilitate the de-intensification of adjuvant therapies and improve functional outcomes following treatment.”

The new technique allows Dr. Karni and his colleagues to take on more anatomically complex tumors. “We can easily identify whether we’re cutting through tumor or tissue,” he says. “It’s like using an eyeliner pencil instead of a magic marker. The laser, which provides pure, precise energy in a much finer scalpel, is a good match for the manual dexterity of the robot arm. Using the robot and CO2, we can cut with more precision into very distal objects. This capability has advanced us to next-generation head and neck cancer surgery.”

In December 2013, Dr. Karni presented the nation’s first OmniGuide Surgical Masters Course in TORS-L, in conjunction with radiation oncologist Angel Blanco, M.D., and Ryan Schniederjan, associate director of surgical pathology at Memorial Hermann-TMC and clinical instructor in pathology at UTHealth Medical School. Designed for head and neck surgeons who have a high volume of cancer patients and are interested in adopting minimally invasive transoral approaches that combine robotic surgery and CO2 laser, the course was taught at Memorial Hermann-TMC using the medical center’s four instructional surgical robots. Seven surgeons from across the United States attended.

“We tend to think of surgery as a very modular process, but each of the tumors we treat is unique, which means we immediately have to adapt to the tumor in the OR,” Dr. Karni says. “These newer techniques move us away from that modular one-size-fits-all approach to surgery. TORS was a giant step forward, but the technique excluded many tumors. In the new world of TORS-L we can take on more complex tumors and still produce clear margins. In doing so, we’re beginning to move patients away from high-dose radiation and chemotherapy. We haven’t yet determined all of the advantages of TORS-L. We’re just now writing the textbook.” 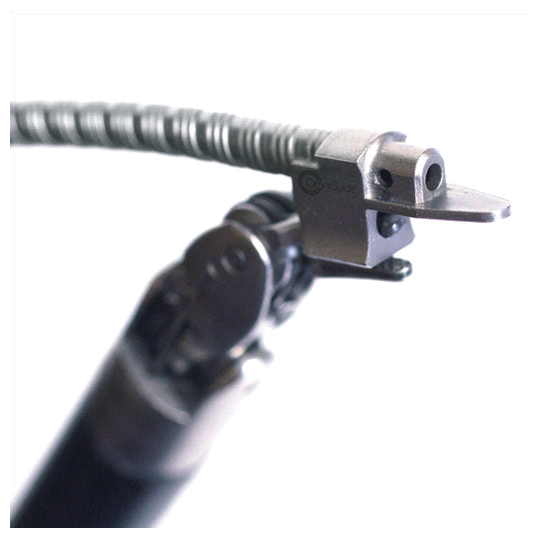