With a diagnosis of stage 2 squamous cell carcinoma of the tonsil, Tony Lentola might have expected a treatment plan that included the traditional six weeks of radiation – and possibly chemotherapy. Thanks to a referral to Ron Karni, MD, who routinely does surgery for oropharyngeal cancers using transoral robotic surgery with a CO2 laser (TORS-L), Lentola avoided the toxic treatments, the effects of which are particularly pronounced in head and neck cancer patients.

Lentola is one among many patients at UTHealth and Memorial Hermann-Texas Medical Center to benefit from the coupling of the da Vinci robot to the flexible CO2 fiber, which can be used to precisely resect tumor margins.  Diagnosed in November 2013, the 64-year-old underwent surgery with TORS-L following a biopsy that confirmed the malignancy.  “We’ve found that combining transoral robotic surgery with a CO2 laser allows for greater precision, a better chance of cancer cure and elimination or de-intensification of adjuvant therapies in cases of early diagnosis,” says Dr. Karni, an assistant professor in the Department of Otorhinolaryngology-Head and Neck Surgery at UTHealth Medical School, who focuses his practice on head and neck oncologic surgery and diseases of the thyroid and parathyroid.  “The toxicity of these treatments in oropharyngeal cancer patients is well-documented, and many of the effects are lifelong. By avoiding them, we improve functional outcomes.” 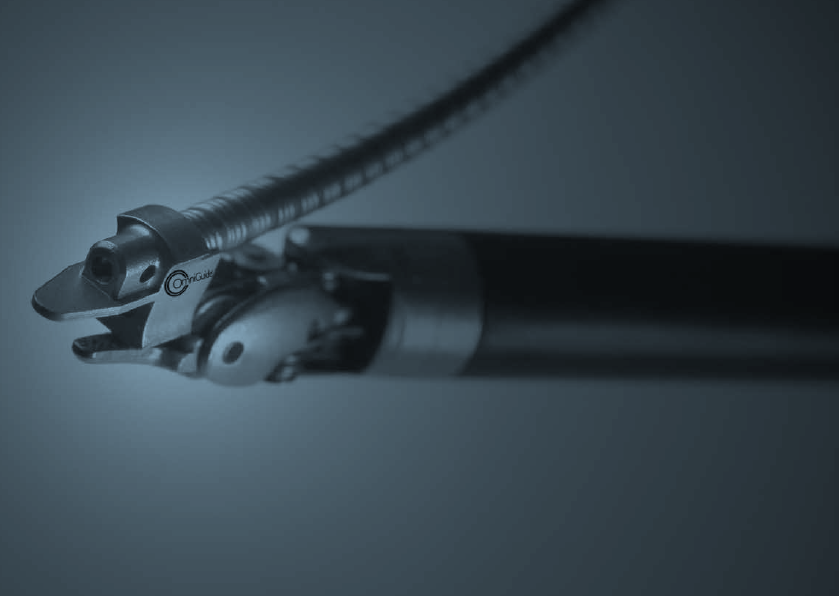 Dr. Karni worked with OmniGuide Surgical at Memorial Hermann-TMC and venues across the United States to develop a carrier for a flexible CO2 laser fiber.  “The optics and maneuverability of TORS with the da Vinci are unparalleled, but our original cutting tool, which used unipolar electrocautery, was primitive,” Dr. Karni says.  “Electrocautery causes uncontrolled collateral tissue damage, making it more difficult for us to deliver the clear margins a pathologist needs to provide a confident report. The CO2 laser has always been part of the arsenal in head and neck cancer surgery.  By combining the laser and the robot, we can now operate on more topographically complex tumors with greater precision, and move patients away from the traditional one-size-fits-all chemoradiation protocols.”

Using TORS-L, Dr. Karni removed Lentola’s right tonsil with clear margins. A thorough vetting of the case by the department’s multidisciplinary tumor board led to the decision to forego chemotherapy and radiation.

Lentola feels like he dodged a bullet. “I had no symptoms and didn’t know I had HPV,” he says. “I’d known since my 30s that my right tonsil was larger than the left. I get an annual physical and blood work every year, and no one had ever brought up any concerns about it.  In 2013, Dr. Abby Geltemeyer at UT Physicians did my physical and asked me to go see Dr. Karni.”

Human papillomavirus has replaced tobacco use as the leading cause of tonsil cancers. Some estimates suggest that as much as 80 percent of the population has been exposed to HPV.

“We do our own surveillance and do it rigorously,” he says. “I invite each of my cancer patients to come see me every two months during the first year and every three months the second year. In total, we follow patients for five years.”

TORS was a giant step forward for otolaryngologists, but the technique excluded many tumors.   “With TORS-L we can easily identify whether we’re cutting through tumor or tissue. It’s like using an eyeliner pencil instead of a magic marker. Thanks to greater precision, we’re moving patients away from high-dose radiation and chemotherapy,” Dr. Karni says.  Lentola considers his outcome a best-case scenario. “I’d read about chemotherapy and radiation in advance and feel fortunate to have avoided it.  It was an unremarkable surgery, and I went home the same day. It was a win-win-win all the way around for yours truly. I left there feeling like I’m good for another 100,000 miles.”