Kevin and Karla Urrutia were born at term, but as twins they were both underweight – the boy weighing in at 4 pounds 10 ounces and the girl at 4 pounds 15 ounces.  “Karla was eating fine after birth, but Kevin had stridor caused by a soft, immature cartilage of the upper larynx that obstructed the airway during inhalation, which made the necessary coordination between breathing and eating very difficult,” says their aunt Yamilet Fernandez, MD , who spoke on behalf of the twins’ mother Yadira Espindola.  “We took him to three different pediatricians, all of whom said he was having trouble eating because he was so tiny.” 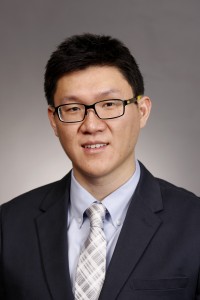 When an upper respiratory infection worsened his condition, the Urrutias took him to Memorial Hermann Memorial City Medical Center, where the pediatric emergency team started an IV and arranged a transfer to Children’s Memorial Hermann Hospital in the Texas Medical Center.  Fellowship-trained pediatric otolaryngologist Zi Yang Jiang, MD, was called in to evaluate Kevin’s airway in February 2016.  “We noticed right away that his chin was a little small, and on endoscopic examination we saw that he had laryngomalacia,” says Dr. Jiang, an assistant professor in the Department of Otorhinolaryngology-Head and Neck Surgery at UTHealth’s McGovern Medical School.  “To combat the combination of laryngomalacia, retrognathia and a viral infection, our pediatrics team put him on a CPAP machine to increase pressure in his airway and keep it from collapsing.”

A few days later, Dr. Jiang attempted a supraglottoplasty but Kevin’s mouth was too small to accommodate the instruments. He recommended waiting a month to give the infant time to grow.
“Kevin was in a cycle of continual worsening,” Dr. Jiang says. “He was using so many calories trying to breathe that he was unable to gain weight, which meant that he was not going to outgrow the problem. We wanted him get over the viral infection and grow, and that just takes time.” 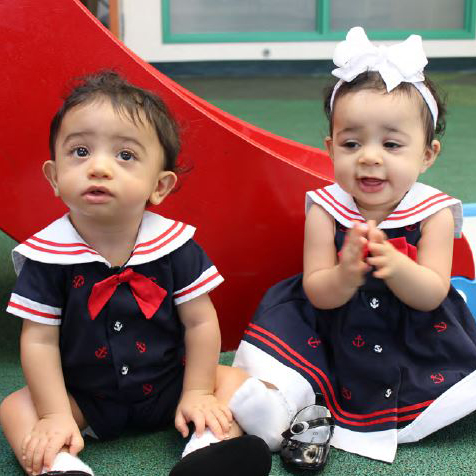 In total, Kevin, his mother and his aunt spent two months at Children’s Memorial Hermann Hospital, where the infant was given supplemental calories through a feeding tube through his nose.  “Ultimately we repeated our attempt at a supraglottoplasty, which was successful,” Dr. Jiang says. “We released the mucosal band that tethered the vocal cords in order to strengthen the airway. Kevin used a breathing tube immediately after the surgery because of swelling, but after a day and a half the Pediatric Intensive Care team was able to extubate him. We got him off the CPAP and on a nasal cannula, and eventually back to breathing normally without any supplemental oxygen.”

Kevin was discharged two weeks after the surgery and returned home with a feeding tube. “After being fed through the tube without a proper meal for so long, he had to relearn how to eat, which took about a month,” Dr. Fernandez says. “He’s still underweight but breathing and eating well without the feeding tube.  He’s the loveliest little thing. We’re grateful to the staff at the hospital – they were awesome. Dr. Jiang is our savior and we love him for that.  We have so much appreciation for what he did for our baby.”