Save the Date: Dr. Steven Zeitels to Speak at ORL Frontiers Next Month 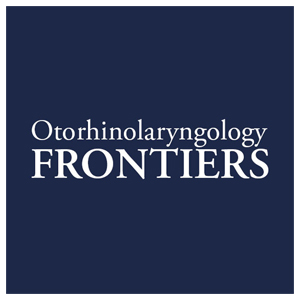 Steven Marc Zeitels, MD, is the invited speaker for ORL Frontiers 2018, which will be held Saturday, June 23, at the Brown Foundation Institute of Molecular Medicine at The University of Texas Health Science Center at Houston (UTHealth), and sponsored by the Department of Otorhinolaryngology-Head and Neck Surgery at McGovern Medical School. Dr. Zeitels is the Eugene B. Casey Professor of Laryngeal Surgery at Harvard Medical School and director of the Massachusetts General Hospital Center of Laryngeal Surgery and Voice Rehabilitation.

Dr. Zeitels’ contributions to voice and laryngeal surgery are recognized throughout the world. Widely regarded as a prolific surgical innovator for his design of new voice restoration procedures and instruments, he holds six patents for these innovations. He pioneered novel laser applications to treat precancerous dysplasia and cancer as well as laryngeal papillomatosis, polyps and nodules, and is also well known for perfecting office-based laryngeal laser surgery. He introduced angiolytic laser treatment of vocal cord cancer and designed unique procedures to restore the voices of those with vocal paresis and paralysis. His techniques were featured in a National Geographic Channel documentary, “The Incredible Human Machine,” which highlighted Dr. Zeitels’ microsurgery on Steven Tyler, lead singer of the rock band Aerosmith. In 2012, he received broad international coverage after performing a unique microsurgery that restored the voice of English singer-songwriter Adele, who thanked him at the acceptance of the first of her six Grammy Awards.

More than 70 physicians and other health care professionals are expected to attend the annual event, which highlights the research productivity of members of the department and emerging technology in the diagnosis and management of common otolaryngologic clinical problems. Course directors are Amber U. Luong, MD, PhD, research director and an associate professor, and Ronda Alexander, MD program director and assistant professor.