Medical students José Ting, Margaret Engelhardt, and Brandon Esianor, BS, were invited to present the results of their research at the Triological Society Combined Sections Meeting held January 18-20, 2018, in Scottsdale, Arizona. Since its founding more than 120 years ago, the Triological Society has attracted the best and brightest in academic and clinical otolaryngology. Membership brings the distinction of being elected to the most prestigious society in otolaryngology.

In his oral presentation, “Airway Evaluation in Children with Single-Ventricle Cardiac Physiology,” José Ting shared the results of a large-scale research project on single-ventricle cardiac physiology, contributing significantly to the body of literature on the topic.

Margaret Engelhardt’s oral presentation on “The Effects of Changing Post-tonsillectomy Management on Bleeding” addressed the significant debate about the safety of using certain types of medications after tonsillectomy, one of the most common of all otolaryngology procedures. She was also the first author of a poster presentation on “Incidence of Operative Airway Intervention in Pediatric Patients at a Large Tertiary Care Center,” which reviewed Children’s Memorial Hermann Hospital’s neonatal and pediatric intensive care unit airway intervention experience, focusing on times and indications for tracheostomies. The research team concluded that children more frequently had staged airway evaluations and tracheostomy than synchronous airway evaluation and tracheostomy. Surgical findings were similar between these groups, suggesting that tracheostomy may be considered immediately following airway evaluation in patients with these findings to avoid multiple surgical and anesthesia encounters.

Brandon Esianor’s poster on “The Role of Steroid-eluting Stents to Decrease Recurrence Risk in Adolescents with Allergic Fungal Rhinosinusitis” was the first report detailing the use of the steroid-eluting stents as an adjunct in the management of pediatric AFRS. Although off-label, the use of the implant has been observed to have low side effects and may lead to improved postoperative outcomes with longer symptom-free intervals and fewer revision endoscopic sinus surgeries in the pediatric population.

All four presentations were well received at the national meeting, and the students have submitted their research for publication. 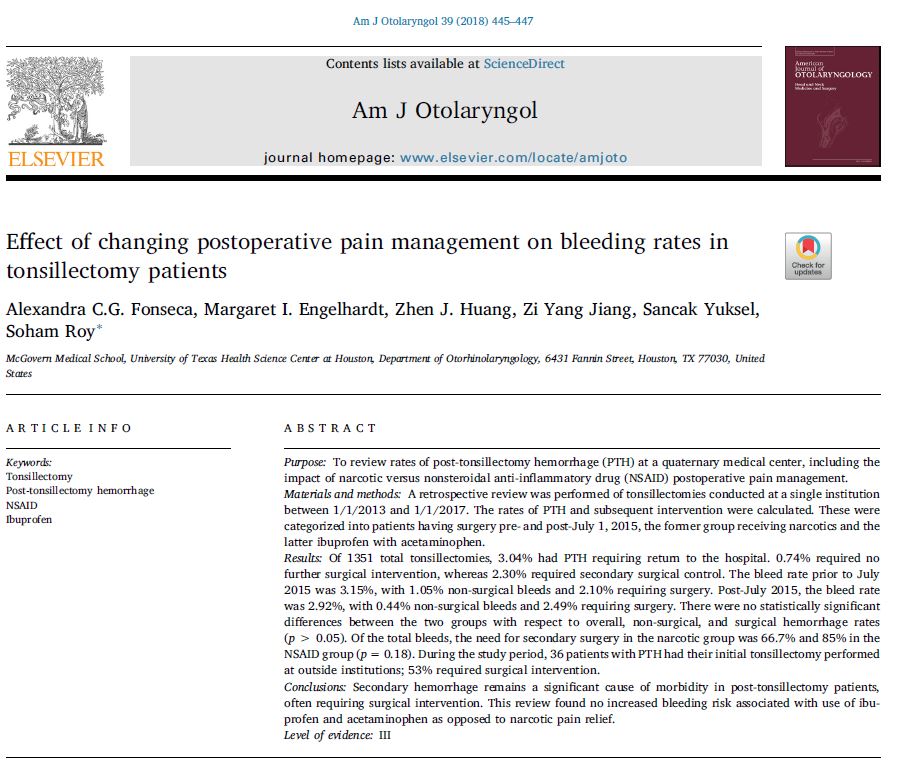 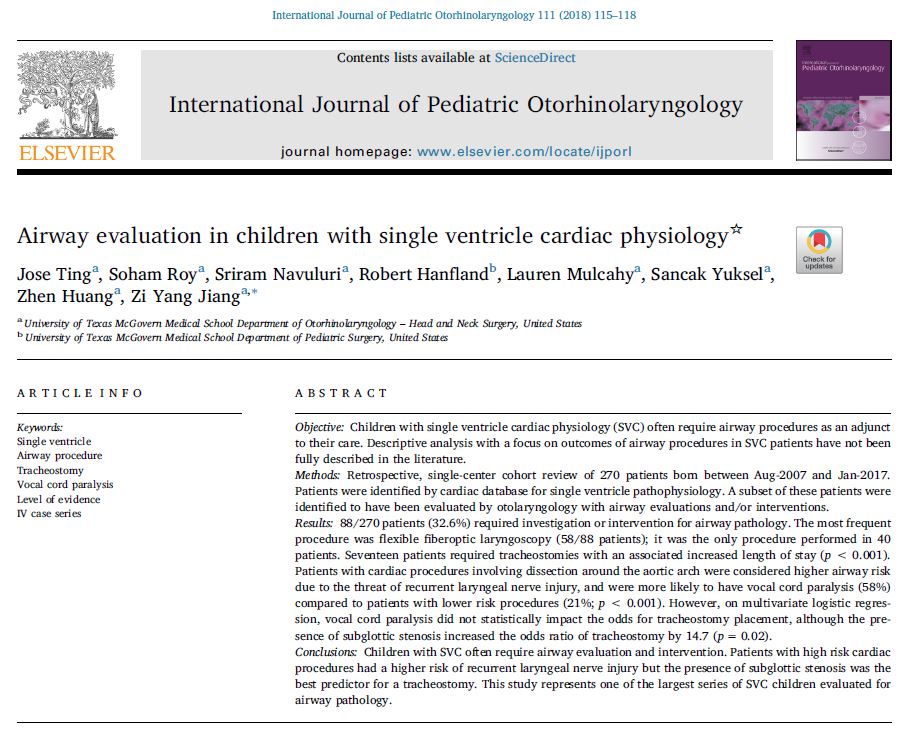 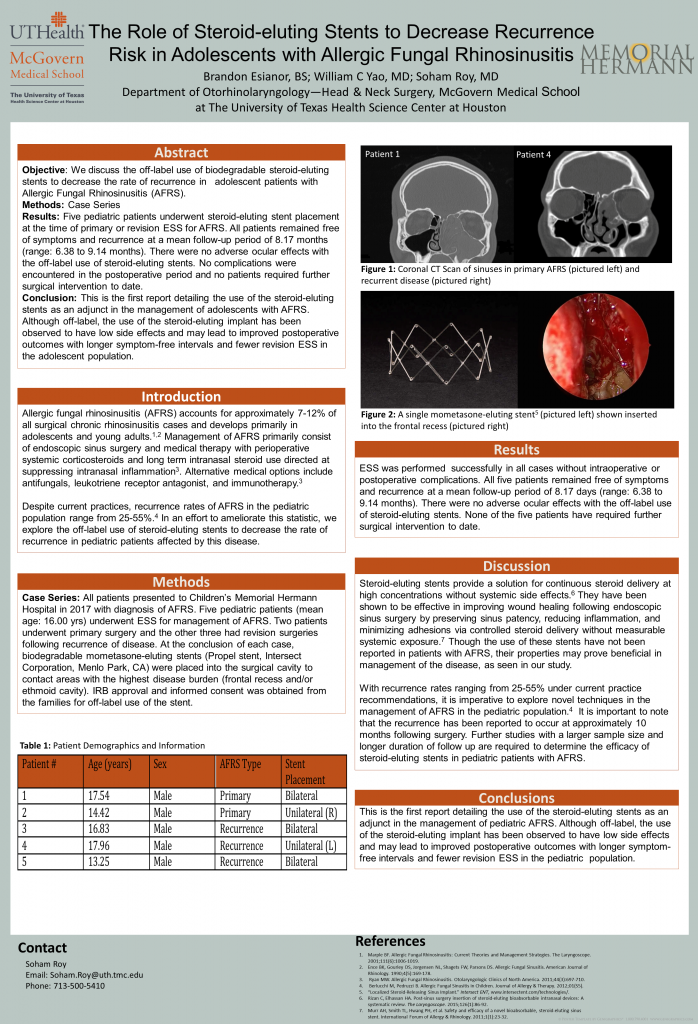 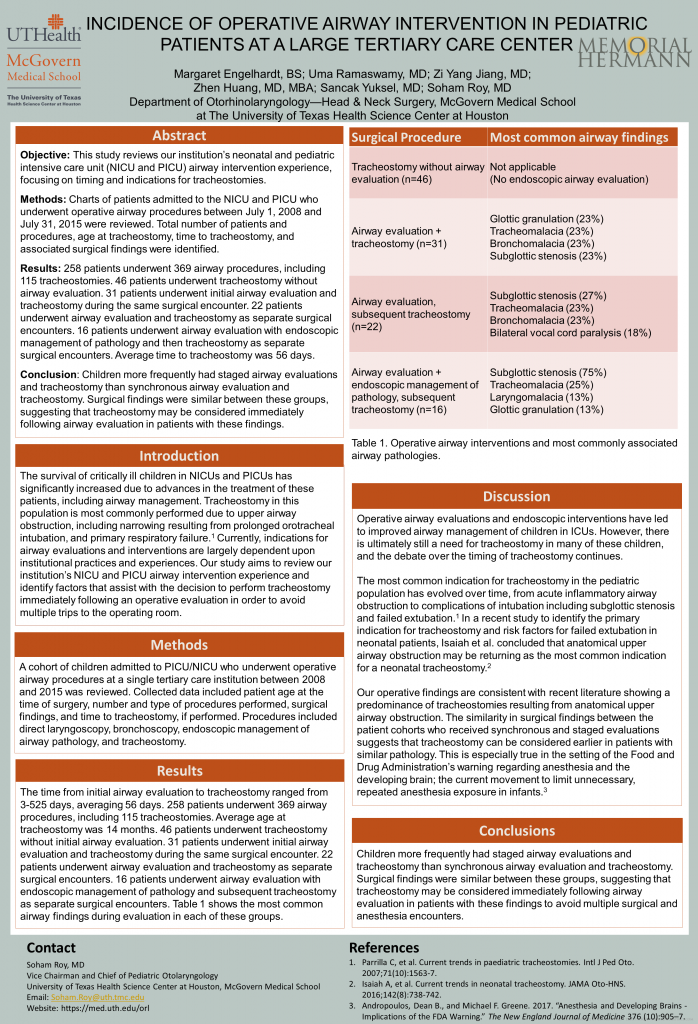