The Whole Ball of Wax: A Longer Than Normal Post About Your Cerumen 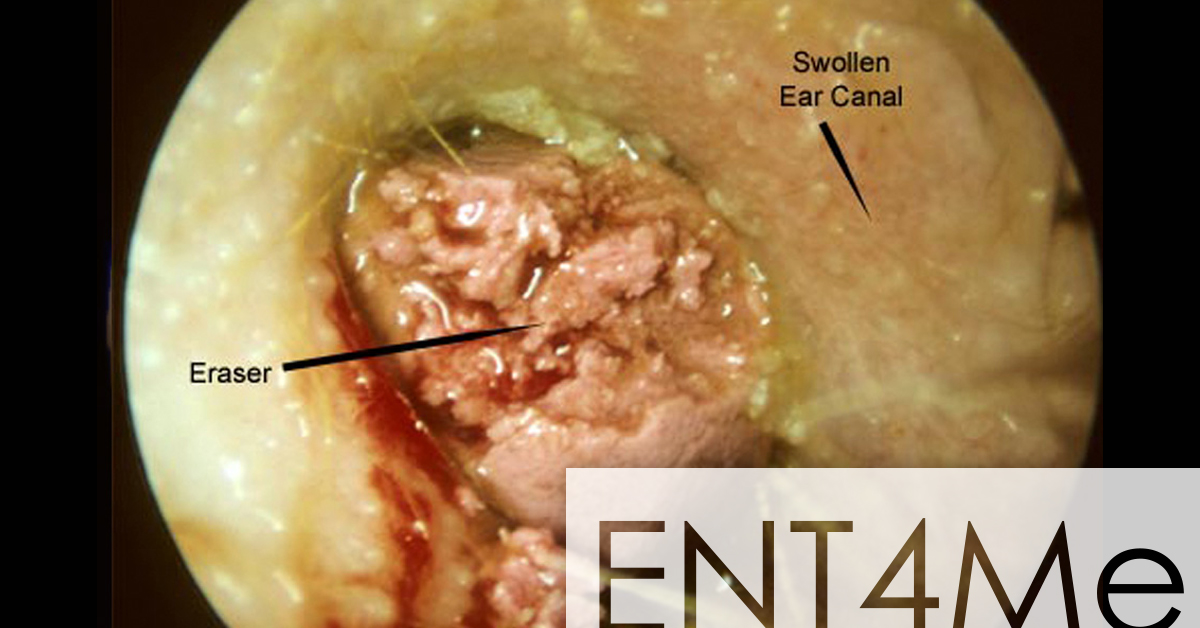 “But what do I do with my ear wax?” says the man in my chair, a fully grown man who has lodged 6 successive Q-tips in his ear. It’s an impressive feat—a record even—and I have to give him respect.

“Why do you have to put anything in there?” I ask him. Basically, he was stuck in the same situation as when you were a kid and you threw your Frisbee in the tree, and then you started throwing sticks and your shoes and anything else you can find in the tree to get it down only to get that stuff stuck too…

“It’s dirty. It grosses me out. It itches,” he says. I could add another 100 explanations I’ve heard over the years that I’ve heard from patients (including my wife, good Lord). My parents always did it. How is it going to come out otherwise? I make homemade candles in Fredericksburg. Etc. Etc.

I have been staring off into the distance, smoking a cigarette, contemplating the woes of humanity and earwax. He brings me back to the task at hand with a question: “How are we going to get them out?”

“I’ll get the matches. We’ll burn ‘em out,” I say. He didn’t go for that, so we did it the old fashioned way with a microscope and some instruments. I do not like irrigation, though that’s popular. I just have a two-handed set-up that I think is better than irrigation; most ENTs do.

Since you’re wondering, over a relatively short career, I have already pulled out various memorabilia and sundries from the ears: enough wax to keep Fredericksburg in business, earring backings, crayons (so melty), beads, rocks (a bully stuck it in), foam ear-plugs, ear tubes, soggy paper wads, Q-tips, cotton balls, hearing aid earpieces, a Nerf dart, a grasshopper, a few unidentified bugs, and some identified cockroaches—just to name a few. I have heard some great stories including a live spider (drown it with lidocaine first, not water—it likes to swim) as well as some superglue (they had to drill). I will assure you that our stories aren’t as good as the general surgeons, but they are cleaner and smell a little better (unless it’s an Old Spice can).

So what do you do with your ears? The first question is why do you think you have to do anything? If it’s just wax, it’s supposed to be in there. Who is judging you for having ear wax? It has a function—it prevents infection and helps kick out dirt and whatever else gets in the ear canal. When you move your jaw, part of the TMJ joint moves back into the ear canal and helps deform and kick out wax—it’s a self-cleaning mechanism! Eventually, the wax will fall out of your ear—it’s supposed to do that! Congratulations!

That being said, there are some people that have trouble with this mechanism. Some of us have to wear ear-plugs often, or we listen to music, or we wear hearing aids. There are reasons to cover the ear canal opening. Also, when we age, the cartilage part of your outer ear (the concha of the auricle) starts to pull forward and squeeze off the opening of the ear canal, blocking the egress of all that wax. Sometimes you will need an ear cleaning.

Oh, you just want to make money off my ear wax, that’s why you want me to come in. Ease up, honey. Your wax ain’t that valuable. I’m just trying to give you good advice. MMMhmmm, you say. Then you ask me if there’s anything you can use to keep you from making wax. I’ll say no, and you’ll get mad.

Every ENT has their own home remedies. If you don’t have a hole in your eardrum, you can use a few drops of mineral oil or olive oil in each ear twice per month to help moisten the wax and help kick it out. With some clean water, a little hydrogen peroxide and irrigation with a small blue bulb probably isn’t too harmful. I do not like people to use hydrogen peroxide on a regular basis as it will dry out the ear canal too much and make you prone to infection. Q-tips are for make-up, not for your ear. In general, follow the age-old adage of not sticking anything in your ear smaller than your elbow. And please don’t light a fiery cone and stick it to your ear—it’s worthless and not deserving of the first degree burns.

I could go on and on. So could you. We’ll talk about it more at your next ear cleaning. Just watch out for those cockroaches. They like it in there.