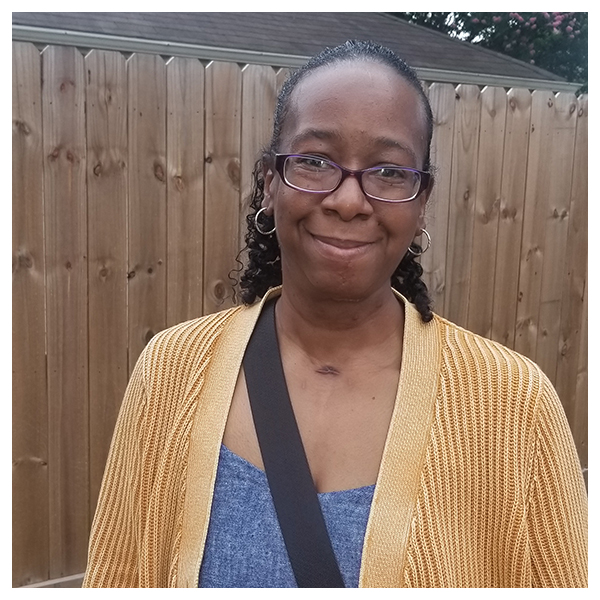 In 2009, at the age of 31, Diona Manning underwent a tonsillectomy. Prior to the surgery, her ENT found a small, asymptomatic carotid body tumor where her left carotid artery branches into smaller vessels that carry blood to the brain.

“I learned that carotid body tumors are rare, and I saw several ENTs who were afraid that surgery would damage nearby nerves,” Manning says. “It was small and not bothering me, so I decided to wait.”

A decade later, Manning started losing weight and her husband noticed she was snoring. “He was checking on me in the middle of the night to make sure I was breathing,” she says. “We noticed that my voice had changed a bit, and eventually I got to the point that I could barely swallow. My primary doctor referred me to Dr. Jain.”

Kunal Jain, MD, assistant professor in the Department of Otorhinolaryngology-Head and Neck Surgery at McGovern Medical School at UTHealth, focuses his practice on patients with benign and malignant tumors of the head and neck. When he saw Manning, her tumor was 9 centimeters in diameter, her tongue was paralyzed on the left, and the nerves in her left larynx were damaged. He ordered imaging studies and referred her to Spiros Blackburn, MD, associate professor in the Vivian L. Smith Department of Neurosurgery at McGovern Medical School. Dr. Blackburn, who has expertise in endoscopic and endovascular neurosurgery, did a balloon occlusion test on Manning’s right carotid artery to ensure that she would have good blood flow to the brain if removal of the tumor required sacrifice of her left carotid.

Dr. Jain also referred Manning to vascular surgeon Kristofer Charlton-Ouw, MD, who performed an embolization, cutting off circulation to the left internal carotid artery, in mid-November 2020. Because she was anemic, with a hemoglobin count of only 6.5 versus a normal value of 14, they started prepping her for surgery six months in advance. During that time, she was busy researching both doctors before making the decision to move forward with surgery.

The two surgeons took Manning to the OR on Dec. 2, 2020. “Most of the time we can remove a carotid body tumor, but Mrs. Manning’s extended to the skull base and into her brain,” Dr. Jain says. “This was a big surgery, and we needed all hands on deck with multidisciplinary care to succeed. We ligated the carotid from the bottom of the neck to the brain. We tried to avoid it, but we had to split her jaw to get the access we needed. Then we both worked together to remove the tumor, avoiding the nerves that facilitate tongue, voice, and shoulder function.”
After surgery, Manning had a tracheostomy tube in place for a month and a PEG tube for nutrition for nearly two months. “Her jaw healed well, and we were able to remove the tracheostomy and PEG tube relatively quickly,” Dr. Jain says. “This was the largest carotid body tumor I’ve seen in my practice. Mrs. Manning had been unable to find an institution and multidisciplinary team to help her, and I’m happy that we were able to successfully remove the majority of a very large lesion.”

Following surgery, Manning passed her swallow test, and she is undergoing speech therapy at TIRR Memorial Hermann to strengthen her voice. She will see Angel Blanco, MD, for stereotactic radiosurgery to target the remaining tumor. Dr. Blanco is an associate professor in the Vivian L. Smith Department of Neurosurgery and director of radiation oncology and stereotactic radiosurgery at McGovern Medical School and UTHealth Neurosciences.

“I still have some healing to do, but I’m doing well,” she says. “I’m grateful I found doctors who could help me.”