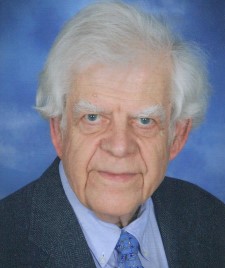 Van Eys was born in the Netherlands and immigrated to the United States to attend graduate school at Vanderbilt, where he was awarded his PhD in biochemistry in 1955. He was a postdoctoral fellow at the McCollum Pratt Institute of the John’s Hopkins University and was appointed to the faculty at Vanderbilt in 1957, doing research in enzymology and metabolic regulation. From 1957 to 1966, van Eys was a fellow of the Howard Hughes Medical Institute. He was named professor of biochemistry in 1971.

In 1966, van Eys earned his MD from the University of Washington. He returned to Vanderbilt to resume teaching and research in biochemistry, while completing his internship and residency in pediatrics and a fellowship in hematology/oncology. He was named professor of pediatrics in 1973.

His research focused on pyruvate kinase deficiency and hemophilia care. Van Eys was instrumental, with the help of John Flexner, MD, in founding the Cumberland Chapter of the National Hemophilia Foundation (now the state-wide Tennessee Hemophilia and Bleeding Disorders Foundation).

In 1973, van Eys was recruited to The University of Texas MD Anderson Cancer Center as chair of pediatrics, where he pioneered the use of chemotherapy as primary intervention for young children with brain tumors. He had a joint appointment as professor of pediatrics at The University of Texas Medical School, where he became chair in 1988. He also had an appointment as professor at The University of Texas School of Public Health. He published extensively in the fields of ethics, oncology, and biochemistry. He served on many boards, most notably as chair of the board of the Institute of Religion in the Texas Medical Center.