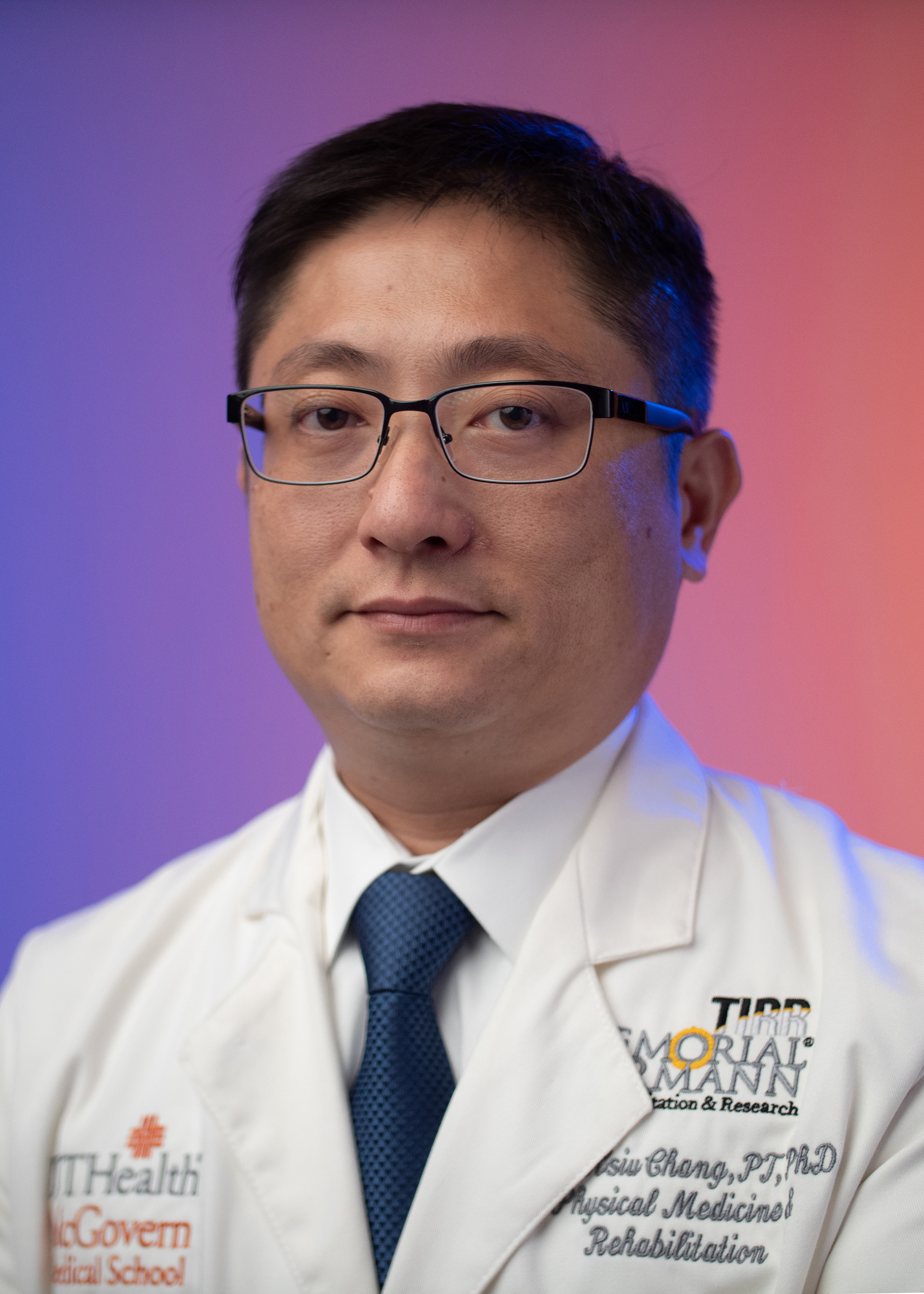 Dr. James Chang is an Associate Professor in the Department of Physical Medicine and Rehabilitation at McGovern Medical School at UTHealth. Dr. Chang is a physical therapist from Taiwan and received his M.S. and Ph.D. degrees in Human Movement Science, with specialty in motor control and learning, from The University of North Carolina at Chapel Hill. He also received Fellowship in Geriatric Research Award from Section on Geriatrics, American Physical Therapy Association in 2005 for his significant contribution in geriatric research. During his postdoctoral training in University of Iowa, he further developed research expertise in neuromuscular plasticity and neurophysiology.

Dr. Chang’s research focuses in neuromuscular plasticity and underlying mechanisms and the involvement of cortical and spinal circuitry in dynamic balance control, especially in maintaining balance or regaining balance from unexpected perturbation. He is practically interested in the developing effective intervention that can exercise paralyzed or weak muscle and facilitate neuroplasticity at spinal or/and cortical level. He has successfully obtained pilot funds (PI) to investigate the effects of mechanical oscillation on spinal and cortical excitability and identify biomarker that may modulate the excitability following stroke. He has also received pilot funds (Co-I) to investigate the effects of lower limb exoskeleton locomotion training on gait in patients with spinal cord injuries. In addition, he has established collaboration with researchers from TWU and UH in several funded motor control studies.