The central focus of the Psychiatric Genetics Program is to identify the genetic causes of severe psychiatric disorders such as schizophrenia, bipolar disorder, depression, PTSD, and substance use disorders. Despite tremendous advances in genetics, molecular, and cellular biology, as well as psychopharmacology, the fundamental biological nature of psychiatric disorders remains largely elusive. To address this issue, the Psychiatric Genetics Program utilizes a model of collaboration and dialogue between investigators working in the laboratory and investigators working directly with patients. Behavioral outcomes are correlated with genetic underpinnings and biological mechanisms in order to understand the biology behind psychiatric disorders.

The laboratory utilizes genomic and proteomic techniques, in both humans and animal models, to investigate how changes in DNA sequence cause changes in protein function. This, in turn, causes changes in brain function and behavior and may lead to the development of mental disorders. One key area of investigation focuses on understanding the role that the immune system plays in development of mental illnesses. We know that stress – either social stress or biological stress due to infections or illness – plays an important role in activating the immune system and can have serious consequences in individuals who have a genetic predisposition to develop psychiatric disorders.

Under the direction of Consuelo Walss-Bass, PhD, our programs aims to answer the following questions: 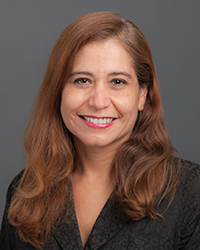