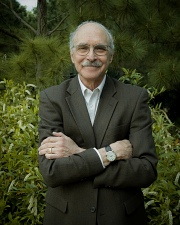 Thomas R. Cole is Professor of Oslerian Medicine and the former (and founding) Director of the McGovern Center for Humanities and Ethics at The University of Texas Health Science Center at Houston (UTHealth Houston). Cole graduated from Yale University (BA, Philosophy, 1971), Wesleyan University (MA, History, 1975), and the University of Rochester (PhD, History, 1981).

Dr. Cole has published many articles and books on the history of aging and humanistic gerontology. His book The Journey of Life: A Cultural History of Aging in America (Cambridge University Press, 1992) was nominated for a Pulitzer Prize. He is senior editor of What Does It Mean to Grow Old? (Duke, 1986), the Handbook of Humanities and Aging (Springer, 1992; 2nd edition, 1999), and Voices and Visions: Toward a Critical Gerontology (Springer, 1993). Other co-edited books include The Oxford Book of Aging (noted by the New Yorker as one of the most memorable books of 1995) and Guide to Humanistic Studies in Aging: What Does It Mean to Grow Old? (Johns Hopkins U Press, 2010).

Cole’s interest in the life stories of older people has taken him into biography and film-making. In 1984, he encountered a hospitalized psychiatric patient who claimed he was the “original Texas integration leader.” Their collaboration resulted in a book—No Color Is My Kind: The Life of Eldrewey Stearns and the Desegregation of Houston (University of Texas Press, 1997)—and an accompanying film, The Strange Demise of Jim Crow, broadcast nationally on over 60 PBS stations and internationally by the State Department. The documentary received numerous awards and was nominated for a regional Emmy and a National Humanities Medal.

Cole’s film, Still Life: The Humanity of Anatomy, was an official selection at the Doubletake Documentary Film Festival in April 2002. This work explores the special yet unstated relationship between medical students in the anatomy lab and the people who donate their bodies for dissection. In 2001, Cole’s writing workshop programs for elders was featured in the PBS documentary Life Stories. In 2007, he co-produced Living with Stroke, a prize-winning film about the invisible world of stroke survivors. Cole is senior editor of the book Faculty Health in Academic Medicine: Physicians, Scientists and the Pressures of Success (Humana, 2009), which explores the impact of the spiritual and economic crises facing academic health centers today. Other collaborative books include: The Brewsters, an interactive, choose-your-own-adventure fictional text in health care ethics (UTHealth, 2011) and, with Nathan Carlin and Ron Carson, Medical Humanities: An Introduction (Cambridge University Press, 2014).

Cole’s work has been featured in the New York Times, National Public Radio, Voice of America, PBS, and at the United Nations. He has served as an advisor to the United Nations NGO Committee on Aging, the Union for Reform Judaism and various editorial and foundation boards. In 2004-2005, he served as a consultant to the President’s Council on Bioethics project on aging and was featured speaker at the AARP/United Nations Briefing Sessions on Aging in February 2009.

Cole’s book, Old Man Country: My Search for Meaning Among the Elders, explores the lives, ideas and identities of contemporary male elders and was released by Oxford University Press in 2020. The second edition of No Color Is My Kind: Eldrewey Stearns and the Desegregation of Houston was issued by UT Press in November 2021.