A graduating resident and an audiologist have joined the staff of Memorial Hermann-Texas Medical Center and the department of Otorhinolaryngology—Head and Neck Surgery at McGovern Medical School. 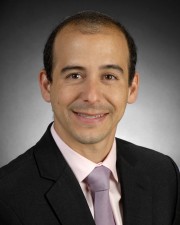 Allison S. Boggess, AuD, CC-A, has joined the Memorial Hermann/UTHealth Audiology team as a staff audiologist. She received her bachelor’s degree at Baylor University in Waco, Texas, and her Doctor of Audiology at Gallaudet University in Washington, D.C. Her clinical interests include pediatrics and hearing conservation. She is a member of the American Academy of Audiology.