Transoral Robotic Surgery for the Treatment of Obstructive Sleep Apnea

When the da Vinci® Surgical System was approved by the FDA in 2009 for transoral robotic surgery (TORS) for resection of tumors of the pharynx, otorhinolaryngologists affiliated with the University of Texas Medical School at Houston (UTHealth) and Memorial Hermann-Texas Medical Center were among the first in the country to offer cancer patients this innovative approach. Today, thanks to refinements in robotic technique and the combined expertise of two surgeons, obstructive sleep apnea (OSA) patients who qualify can benefit from the advantages TORS offers beyond traditional surgical approaches, especially in the region of the tonsil and tongue base.

Among these patients is Grethan Barnes, a 57-year-old resident of Katy, Texas, who suffered from obstructive sleep apnea for 30 years before being referred to board-certified otorhinolaryngologist Ron Karni, MD, an assistant professor in the UTHealth Department of Otorhinolaryngology-Head and Neck Surgery with expertise in robotic cancer surgery. “I was 19 years old at the time I had my first episode of sleep apnea,” Barnes says. “I had no idea what it was and just kept dealing with it. It became progressively worse over time until it reached the point that I was so tired in the morning I could hardly get out of bed.”

Barnes had been sleeping with a CPAP, the gold-standard treatment for OSA, which uses pressurized air to spring open collapsed areas of the airway. “Some patients put on CPAP do very well with it, but a large proportion of them find that the machine interrupts their sleep,” Dr. Karni says. “Those are the patients we can help.”

On December 26, 2012, Dr. Karni and Michael Byrd, MD, an assistant professor who has expertise in TORS and a subspecialty interest in the otolaryngological conditions that contribute to sleep disorders, took Barnes to surgery. 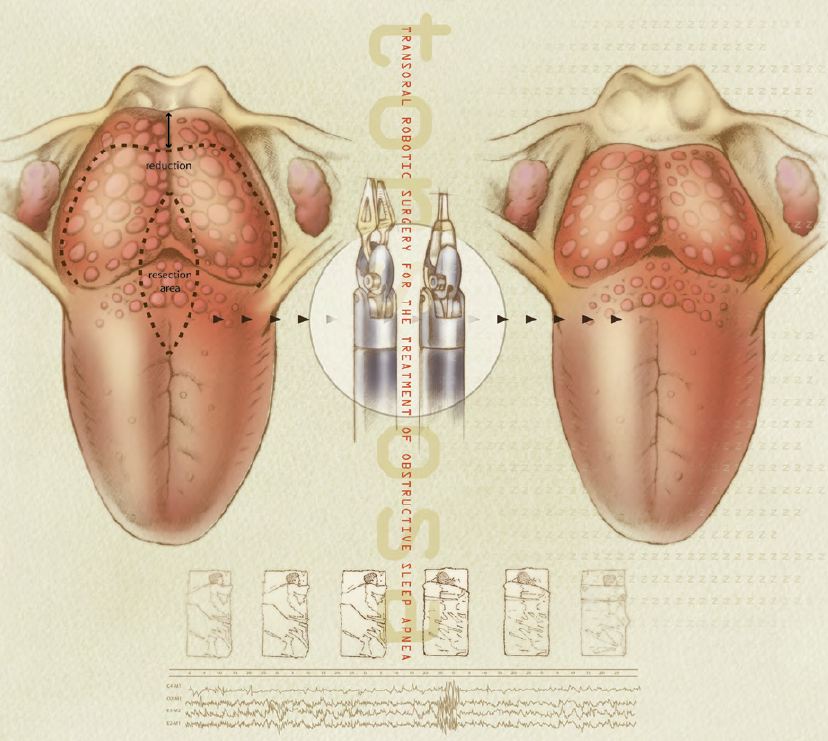 Dr. Byrd describes the procedure as straightforward. “We performed a midline glossectomy, removing a rectangular one-centimeter wedge of tongue musculature back to the epiglottis,” he says. “Our objective is always to resect as much as is safely possible without moving too far laterally and damaging the lingual artery and veins, which supply blood to the tongue. Before we began using the robot, it was difficult to gain access to the posterior tongue due to the small size of the area. The da Vinci allows us better access to the tongue base, better visualization and more precision in resection.”

Barnes was under anesthesia for approximately 1 hour and was discharged the day of surgery. The difference between the sleep studies done before and after surgery was dramatic. “We were able to give Grethan a clean bill of health, which is quite remarkable,” says Dr. Byrd, who is the champion for TORS at Memorial Hermann Southeast Hospital. “There are numerous other people who would benefit from this treatment. With TORS, we believe we have an opportunity to treat a large number of sleep apnea patients who previously have been ignored. We’re currently identifying surgical candidates who have tongue-base level obstruction causing sleep apnea, and applying the TORS procedure to correct the obstruction in addition to palate and tonsil obstruction.”

Worldwide, about 60 million people suffer from obstructive sleep apnea. “In America, the number is about 20 million,” Dr. Byrd says. “About 80 percent of people with obstructive sleep apnea in the United States go undiagnosed because they never undergo a sleep study. Moderate to severe cases of OSA can lead to other medical problems, including stroke, heart disease, congestive heart failure, cardiac arrhythmia, diabetes and hypertension. One factor leading to the increase in numbers of patients with OSA is obesity, which can cause the entire airway to collapse. The other factor is age. All of our muscles lose tone with age, including the airway. If the clinical examination leads us down the road to OSA, our primary diagnostic tool is a polysomnogram.”

The two surgeons have had a dramatic degree of success in curing obstructive sleep apnea with TORS. “As we’ve seen more patients, we’ve come to understand that OSA results from a combination of issues, all of which need to be addressed,” says Dr. Byrd, who is an assistant professor in the department of Otorhinolaryngology—Head and Neck Surgery at McGovern Medical School. “When we add tongue-base reduction to the traditional uvulopalatopharyngoplasty, we increase the success of the surgery to nearly 70 percent.”

Barnes was apprehensive about sleeping without her CPAP following the surgery. “It had become a ritual for me,” she says. “I wouldn’t sleep without the machine because I was afraid I wouldn’t wake up. I truly felt I was going to die without it. But the second week after the surgery, I bundled up the machine and put it in the closet. I tell people it’s the best thing I’ve ever done.

“It’s given me a new life,” she adds. “I’m not tired any more. I wake up feeling like a princess.” 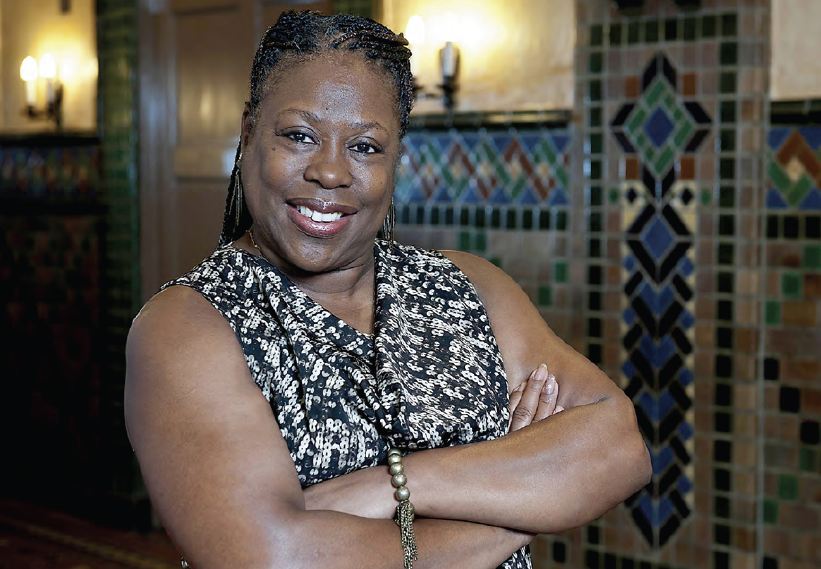