Granulomatosis with Polyangiitis: A Patient Benefits from Multidisciplinary Care

Signs and symptoms of the rare autoimmune disorder called granulomatosis with polyangiitis (GPA), formerly known as Wegener’s granulomatosis, may develop suddenly or emerge over a period of months. In the case of Gary Giles, they developed so abruptly that he remembers the exact date of onset: Feb. 15, 2012. Four years later Giles is in remission, followed by a multidisciplinary team of specialists affiliated with Memorial Hermann-Texas Medical Center and the John P. and Kathrine G. McGovern Medical School.

“I was 57 and had never been sick a day in my life when I suddenly developed a severe sinus infection,” says Giles, who lives in Spring, Texas. “My wife and I were scheduled to go to Kentucky to visit her parents, so I went to a family doctor on the north side of Houston who prescribed medication to treat the symptoms. I still felt bad, and when we landed in Knoxville, I thought my eardrums had burst.”

On his return home from Kentucky, Giles was so weak that he couldn’t lift a suitcase out of his car. Blood work done during a follow-up visit with the family practitioner revealed nothing out of the ordinary, and the physician started him on a low dose of prednisone to treat the inflammation that was presumably causing his weakness and other symptoms. Giles began experiencing migratory pain and swelling that moved from the knee to the ankle, or from the elbow to the shoulder.

His wife, Debi Giles, scheduled an appointment with a rheumatologist in The Woodlands, who prescribed prednisone and asked him to return in two weeks. When her husband’s condition continued to worsen, she called the offices of several rheumatologists in Houston, all of whom had two-to-three-month wait times.

“Something led me to UT Physicians, and I found Dr. Noranna Warner on their website,” she says. “They were able to see my husband two days later. By then he could hardly get in and out of the car, and I had to push him to the office in a wheelchair.” 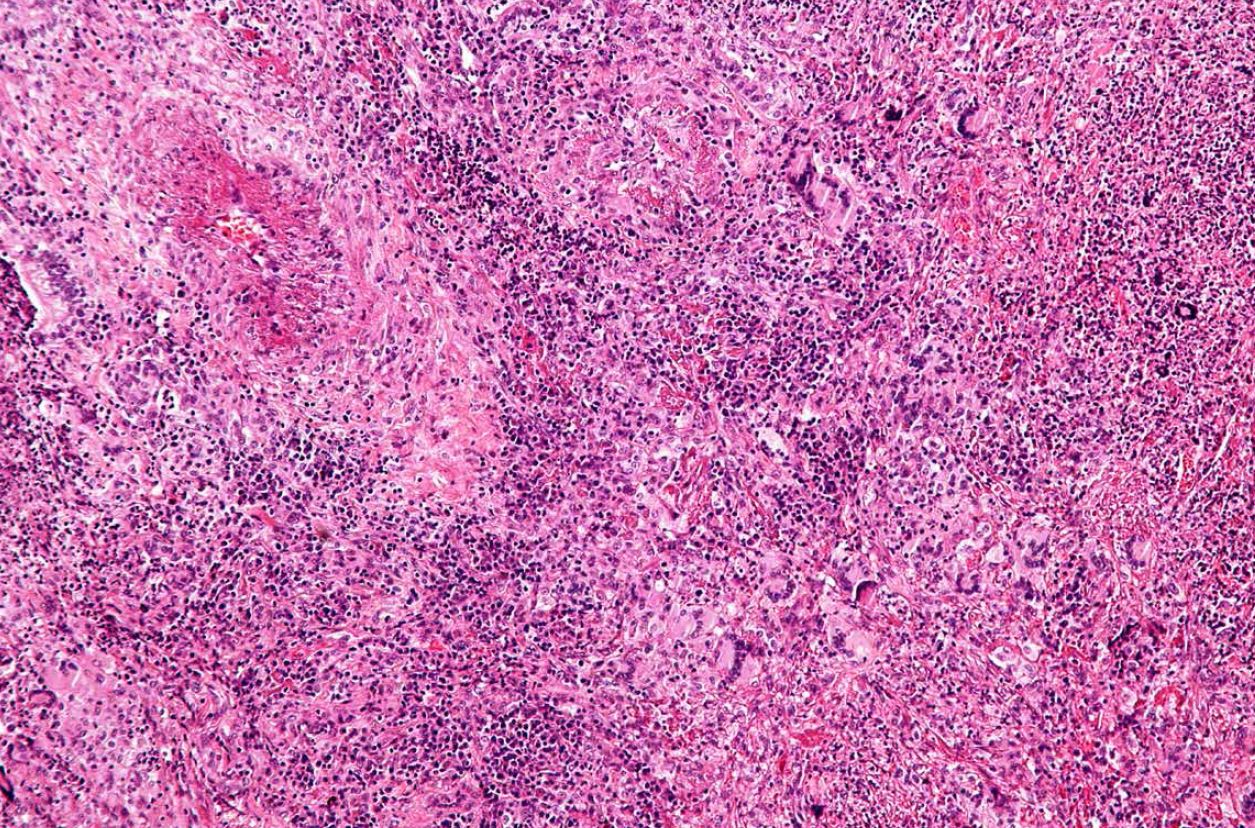 Granulomatosis with Polyangiitis is characterized by an intense inflammatory infiltration of blood vessels and adjacent tissues.

At UT Physicians, Giles was seen Gloria Salazar, MD, who is now an assistant professor in the division of Rheumatology and Clinical Immunogenetics at the University of Texas McGovern Medical School at Houston Dr. Salazar ran multiple tests, including imaging studies.

“That was a Friday and over the weekend Gary kept getting worse,” Debi Giles says. “When I called Dr. Salazar on Monday, she looked at the test results and told us to come to the emergency center right away. By the time we arrived, he was in renal failure. They started him on dialysis in the emergency room, and he remained on dialysis for the next five months.”

A kidney biopsy and an antineutrophil cytoplasmic antibodies (ANCA) test confirmed the diagnosis of GPA, and under the direction of rheumatologist Filemon Tan, MD, PhD, Giles was started on chemotherapy with cyclophosphamide (Cytoxan®). Dr. Tan is a professor of rheumatology and clinical immunogenetics and the Linda K. Finger Chair in Autoimmune and Connective Tissue Diseases at the McGovern Medical School.

As part of the follow-up team, Dr. Citardi sees Giles regularly. “ENT plays an important role because granulomatosis with polyangiitis has many rhinological manifestations,” he says. “GPA is a complex diagnosis, but we as ENTs are familiar with it. Although rare, it has a characteristic appearance. Without treatment, people with severe forms of the disorder may die within a few months or even weeks—which makes early diagnosis important. With treatment, the outlook for most patients is good. Most people who receive corticosteroids and other medications that slow the immune response improve.”

Ongoing follow-up is important because GPA returns in about 50 percent of cases, often within two years of stopping treatment. “We see a doctor for every body part,” Debi Giles says. “They all work closely together and can access Gary’s records online to stay updated on his case. Through the UT Physicians portal we can see results of blood tests and imaging studies as soon as they’re posted. We’ve had excellent care and feel very blessed that we got down to the Texas Medical Center.”

Giles has committed himself to raising awareness of GPA and its symptoms. Two friends who had similar symptoms have tested positive on the ANCA test for granulomatosis with polyangiitis.

“I’m very fortunate to live within driving distance of a teaching hospital,” he says. “If I had gotten down there when I first had symptoms, I would have been diagnosed even earlier. My initial symptoms were so common. Sinus congestion is something people in Houston have all the time. But we weren’t satisfied with the answers we were getting. If something’s wrong and you’re not getting good answers, go to a teaching hospital.”