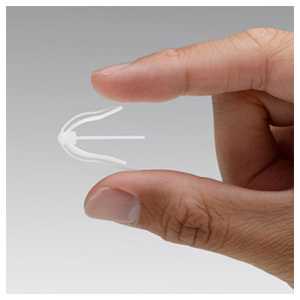 By the time she arrived in the office of rhinologist Martin J. Citardi, MD, Carrie Owen had lost her senses of smell and taste. Her allergist in College Station, Texas, had referred her to Houston, to the Department of Otorhinolaryngology-Head and Neck Surgery at McGovern Medical School at UTHealth, where Dr. Citardi is professor and chair.

Owen, 41, had problems with asthma, allergies and nasal polyps for years and, after losing the ability to smell and taste, was told by her ENT in College Station that she needed surgery. She underwent a nasal polypectomy in May, 2017.

“After the surgery, I had to relearn how to smell,” she says. “It took me a month or two to get going, and then in another couple of months I started losing my ability to smell and taste again. My ENT prescribed a variety of steroids and antibiotics, none of which helped.  Finally he said we could try one more round of antibiotics or have surgery again.  I decided to go to Houston.”

After examining Owen, Dr. Citardi saw that she was a candidate for the SINUVA™ implant, approved by the FDA in December 2017 as a new targeted approach to treating recurrent nasal polyp disease in patients who have had previous ethmoid sinus surgery.  Placed during a routine office visit, SINUVA expands into the sinus cavity and delivers mometasone furoate directly to the site of polyp disease for 90 days.

“The traditional treatment approaches of repeat surgeries and high-dose oral steroids combined with antibiotics have significant limitations for many patients,” says Dr. Citardi, who is chief of otorhinolaryngology at Memorial Hermann-Texas Medical Center. “It’s not uncommon for people with chronic sinusitis and nasal polyps to return to their ENT with the same symptoms within the first year after surgery.”

Owen was in Dr. Citardi’s office for about one hour in March 2018. “I sat in a chair, and he gave me local anesthesia, placed the implant and checked to make sure it was well in place. The implant itself took 15 to 20 minutes, but they spent a good bit of time making sure I was well numbed.”

“Being on steroids and antibiotics has been my way of life for as long as I can remember,” she adds. “I really, really liked Dr. Citardi and was glad to get in to see him. It was all in a day’s work for him, but for me it was a life changer.”

Since implant placement, Owen has done remarkably well. Her sense of smell has returned to normal, and her nasal congestion and blockage have completely resolved. “Carrie has had a dramatic response to this treatment,” Dr. Citardi observes. “A short, office procedure has given her relief of symptoms as good as—or even better than—a conventional trip to the operating room. Nasal polyps are a chronic condition, and the ability to manage the condition without surgery may represent an important advance in the treatment of these patients.”