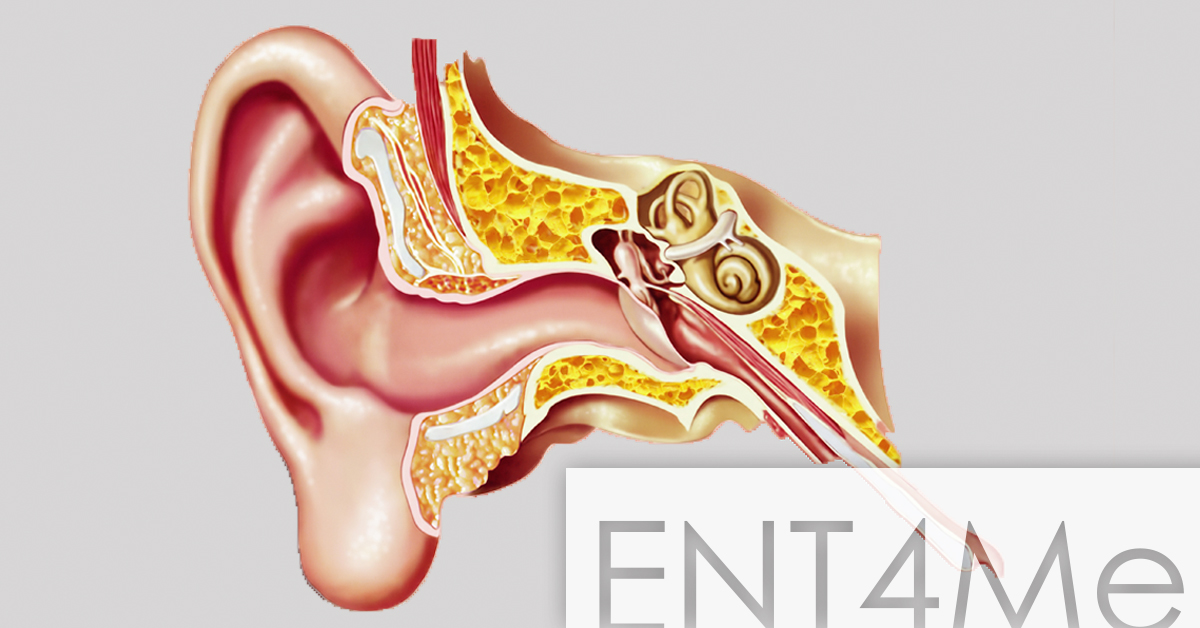 This topic is a bit related to the ear tubes topic, and I think it’s worth covering because I get all kinds of weird depictions of how Eustachian tubes work from patients. I’ve gotten everything from a mysterious “channel that goes from the ears down into the chest” to a description (with hand motions) of what sounded like two plungers on either side of the brain pulling back and forth on each other. It’s not like I expect a patient to know what they are. I just like hearing them describe it.

So Eustachian (Yoo-stay-shun) tubes (ET) are the normal way for the “middle ear,” or the space behind the eardrum where the little ear bones are, to ventilate. If you think about it, there’s got to be some way for this to happen or that space would just be a little blind pouch filled with fluid—not great for receiving sound energy in an air environment. The ETs are soft tubes made of soft tissue and muscle, suspended by attachments to muscle from the skull base. They go from the front or anterior part of the middle ear space, to just below the base of the skull on either side, to the very back of the nasal cavity. If you were to take a chopstick and put it straight back into the nostril about 9cm or so, you would look a little like a walrus. And you would probably be spearing your Eustachian tubes. Don’t do that.

ET tubes are the reason your ears “pop” on airplanes and in elevators. That feeling comes from when there’s a buildup of pressure in your middle ear, causing your Eustachian tubes to suddenly open. When they open, the pressure equalizes, and your ear drums move—exactly what you’re feeling. If you have ear tubes or PETs in, then these artificial tubes provide a more constant equalization of middle ear pressure. That works, but with the tradeoff that your middle ear can now get water into it through those PETs and can (rarely) get infected.

If we can get your Eustachian tubes working, then that’s preferable to artificial PETs. One way of doing that is Eustachian tube dilation, which has shown some promise with initial studies. That’s a procedure done in the OR under sedation, but it’s an outpatient procedure without a lot of downtime. Another way to do it is to get you to “pop” your ears on a more regular basis, about 20 times per day, often by closing your nostrils with your hand and blowing gently against that pressure. The pressure should help force the Eustachian tube to open a bit, draining pressure and any fluid that’s in that space. No, you don’t have to listen to your mom or your boyfriend or whoever who said that you’re going to burst your eardrum by doing that. Just do it gently, and don’t sneeze while you do it, and you’ll be fine.

There are some people that can pop their ears by flexing the muscles behind their jaw, actually flexing open the Eustachian tube. There is an old-school method called the “Politzer maneuver” by which ENTs would force pressurized air into the nose while covering the other nostril, and this works well at ENT parties with a few drinks.

So go pop it like it’s hawt. Don’t listen to your critics. You pop your ears, baby. You do you.