Granulomatosis with Polyangiitis: Confirmation of a Rare Diagnosis 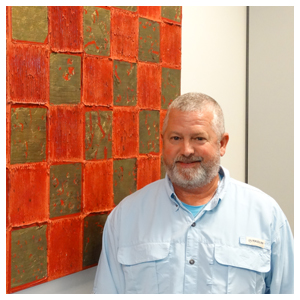 The rare autoimmune disorder called granulomatosis with polyangiitis (GPA), formerly known as Wegener’s granulomatosis, may develop suddenly or emerge over a period of months. In the case of 55-year-old Mark Phillips, the condition came on as symptoms of sudden, recurrent sinus infections. A resident of Lake Charles, Louisiana, Phillips now considers Houston his medical home. He’s followed by a team of specialists affiliated with Memorial Hermann-Texas Medical Center and McGovern Medical School at UTHealth.

“GPA is a complex diagnosis, and although it’s rare, it has a characteristic appearance,” says Martin J. Citardi, MD, professor and chair of the Department of Otorhinolaryngology at McGovern Medical School and chief of otorhinolaryngology at Memorial Hermann-Texas Medical Center. “Otorhinolaryngology plays an important role in diagnosis and treatment because GPA has many ENT manifestations. Without treatment, people with severe forms of the disorder may die within a few months. For this reason, early and accurate diagnosis is important. With treatment, the outlook for most patients is good.”

Phillips had undergone sinus surgery in Lake Charles and felt better for a few weeks. “Then I started going downhill,” he says. “I had bad headaches, along with a sinus infection and bleeding on the right side. I thought I was dying. That’s when we knew it was something serious.”

Phillips’ local ENT referred him to a specialist in Lafayette, who biopsied a reported mass in his left maxillary sinusitis. The doctor suspected GPA but wanted an expert opinion. He referred his patient to Dr. Citardi, who confirmed the diagnosis.

“We were able to leverage our expertise as a referral center to confirm an unusual diagnosis, and once we had that, to get Mr. Phillips the treatment he needed,” Dr. Citardi says.

Phillips now has a UTHealth care team that includes rheumatology, ophthalmology, and pulmonology, in addition to otorhinolaryngology. Ongoing follow-up is important because GPA returns in about 50 percent of cases, often within two years of ending treatment.

“We joke that I now see a doctor for almost every body part,” Phillips says. “They work closely together and access my records online to stay updated, and they also call me regularly. I’ve never been treated so well. Knowing I have a team of doctors who care about me helps me stay positive. It’s definitely worth the two-hour drive to Houston. My symptoms were so common – almost everyone has sinus congestion. Now I tell everyone if something’s wrong and you’re not getting good answers, go to a teaching hospital.”