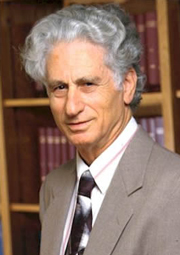 Dr. Dafny received his M.S. and Ph.D. degrees from Hadassah Medical School in Jerusalem followed by post-docs at Caltech, UCLA, and Columbia. He is currently a professor of Neurobiology at the University of Texas Medical School at Houston.

The main focus of his research is on two topics: pain mechanisms, including pain suppression and electro-acupuncture, and drug abuse mechanisms, involving morphine, cocaine, alcohol, ritalin, ecstasy, and Prozac. Behavioral, neurophysiological, pharmacological, endocrinological, and immunological procedures are used, primarily with the rodent as an animal model. The electrophysiological procedures used include single cell and evoked potential recording, electroencephalography (EEG), and brain stimulation. Computerized techniques are used for monitoring animal behavior.

He is also involved with several other studies. These concern connections between the nervous, immune, and endocrine systems; brain regulation of hormonal secretion; mechanisms of obesity and satiety; and the electrophysiology of neurotransmitters such as dopamine, serotonin, and norepinephrine, and of peptides, with clinical application to Parkinsonism, Huntington’s chorea, and Tardive dyskinesia. In addition, collaborative immunological and endocrinologic studies are conducted with other groups in the Texas Medical Center.

Dr. Dafny is a member of several professional organizations including the Society for Neuroscience, Society for Experimental Biology and Medicine, the New York Academy of Sciences, American Society for Pharmacology and Experimental Therapeutics, and the American Physiological Society, among others.