Five members of the Department of Otorhinolaryngology-Head and Neck Surgery have been selected by their peers as outstanding physicians in Texas. Following an extensive nomination and research process conducted by Key Professional Media Inc., the results were published in the June 2015 issue of Texas Monthly magazine. Martin J. Citardi, MD, who specializes in the treatment of complicated sinus and nasal disease and is a core member of the Texas Sinus Institute and Texas Skull Base Physicians, has been named to the Texas Monthly Super Doctors® list for the fifth consecutive year. Dr. Citardi is chief of otorhinolaryngology-head and neck surgery at Memorial Hermann-Texas Medical Center and professor and chair of the Department of Otorhinolaryngology-Head and Neck Surgery at the John P. and Kathrine G. McGovern Medical School.

An internationally recognized ear, nose and throat surgeon, Dr. Citardi received his medical degree from the Johns Hopkins University School of Medicine. He completed his residency training at Yale University and pursued a rhinology fellowship at the Georgia Rhinology and Sinus Center. He is certified by the American Board of Otolaryngology-Head and Neck Surgery and is a fellow of the American College of Surgeons. Dr. Citardi has been named to the Best Doctors in America® list since 2005 and listed in the Guide to America’s Top Surgeons since 2010. He was first named to Houstonia magazine’s inaugural listing of Top Doctors in Houston in 2013. His specialty interests include difficult-to-treat chronic sinusitis, revision sinus surgery and minimally invasive surgery for tumors of the nose and sinuses. 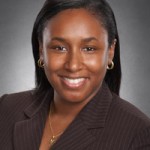 Ronda Alexander, MD, formerly named among the Texas Monthly Super Doctors Rising Stars®, joins Dr. Citardi on the Super Doctors list this year. An assistant professor in the Department of Otorhinolaryngology and director of the Texas Voice Performance Institute™ at the McGovern Medical School, Dr. Alexander received her medical degree at the Weill Medical College of Cornell University in New York City. After medical school, she completed her otorhinolaryngology residency at Albert Einstein College of Medicine and a fellowship in laryngology and neuro-laryngology at the New York Center for Voice and Swallowing Disorders. She is certified by the American Board of Otolaryngology and is a fellow of the American College of Surgeons.

Since coming to Texas, she has helped establish the Texas Voice Performance Institute, a comprehensive program for the diagnosis, treatment and management of disorders and diseases that affect the voice and swallowing. Her clinical interests include the evaluation of hoarseness problems of the speaking and singing voice, spasmodic dysphonia, vocal tremor, vocal cord paralysis, extra-esophageal reflux and swallowing disorders. She is specially trained to manage the unique needs of professional voice users. She also has interests in neuromuscular disorders of the head and neck, including tension and migraine headache. 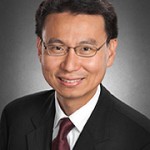 Dr. Ho is chief of facial plastic and reconstructive surgery and an assistant professor in the Department of Otorhinolaryngology-Head and Neck Surgery. He received his medical degree from the Johns Hopkins University School of Medicine in Baltimore, Maryland, and returned to Texas to complete his otolaryngology-head and neck residency training at the Baylor College of Medicine in Houston. He subsequently completed subspecialty fellowship training in facial plastic and reconstructive surgery at Johns Hopkins Hospital. Prior to embarking on a career in medicine, Dr. Ho was a U.S. Fulbright Scholar to the United Kingdom, where he received his master’s degree in sociology from the University of Edinburgh in Scotland.   Dr. Ho is a double board certified by the American Board of Facial Plastic and Reconstructive Surgery and the American Board of Otolaryngology-Head and Neck Surgery. His clinical interests include aesthetic and reconstructive surgeries of the face, including facial rejuvenation procedures (facelift, brow lift, Botox® injection, injectable fillers), rhinoplasty, facial reanimation procedures for patients with facial paralysis, reconstructive surgery of skin cancer defects, and complex microvascular facial reconstruction. 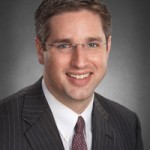 Dr. Ron Karni serves as chief of the division of Head and Neck Surgical Oncology in the Department of Otorhinolaryngology-Head and Neck Surgery. He received his medical degree at Baylor College of Medicine and completed his residency training at Washington University in St. Louis School of Medicine. He holds dual appointments as an assistant professor in the Department of Otorhinolaryngology and the division of Medical Oncology.  Dr. Karni has authored publications on the novel treatment of occult primary oropharyngeal cancer and practical tools to integrate evidence-based methods into the daily practice of medicine. His current research focus includes de-escalation treatment strategies for throat cancer, morphoproteomic analysis of head and neck cancer, and HPV-related malignancies of the head and neck. Dr. Karni is co-principal investigator on a CPRIT grant studying new treatments for head and neck lymphedema using near-infrared fluorescent technology. He is board certified by the American Board of Otolaryngology-Head and Neck Surgery.  Dr. Karni’s practice focuses on the management of benign and malignant tumors of the head and neck, including throat cancer, oral cancer, larynx cancer, locally advanced skin cancer, salivary gland tumors and thyroid/parathyroid disease. He performs transoral robotic surgery for tumors of the throat, a modern approach to minimizing the side effects of treatment for throat cancer. Dr. Karni also performs ultrasound-guided fine needle aspiration biopsy for thyroid nodules and minimally invasive thyroid and parathyroid surgery. 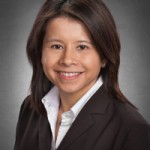 Amber U. Luong, MD, PhD is an associate professor and research director in the Department of Otorhinolaryngology-Head and Neck Surgery who also directs a laboratory at the Brown Foundation Institute of Molecular Medicine for the Prevention of Human Diseases. She received her MD/PhD at The University of Texas Southwestern Medical Center at Dallas through the NIH-sponsored Medical Scientist Training Program. She obtained her PhD under the Nobel laureates Dr. Michael Brown and Dr. Joseph Goldstein for the identification and biochemical characterization of a novel human enzyme, acetyl coA synthetase. She then completed her residency training at UT Southwestern and a rhinology fellowship at the Cleveland Clinic.   Dr. Luong has co-authored more than 80 peer-reviewed articles and book chapters. Her primary research interest focuses on understanding the role of the innate immune response in the pathophysiology of chronic rhinosinusitis, with a particular interest in the role of environmental fungi in initiating these innate immune responses. Dr. Luong’s clinical interest parallels her research interest in allergic fungal rhinosinusitis as well as the medical and surgical management of refractory chronic rhinosinusitis, sinonasal tumors, CSF leak repairs, and endoscopic orbital and dacryocystorhinostomy surgery. She is a fellow of the American College of Surgeons.

Texas Monthly magazine surveys more than 40,000 medical professionals each year and invites them to nominate one or more doctors other than themselves from specified medical specialties based on the question: “If you needed medical care, which doctor would you choose?” Fewer than 5 percent of physicians with active practices in Texas are named to the list.

Dr. Alexander, Dr. Citardi, Dr. Ho, and Dr. Karni were also named to Houstonia magazine’s 2015 listing of Top Doctors in Houston. Physicians named to the 2015 list were selected based on nominations solicited from nearly 16,000 medical professionals practicing in eight counties in the Greater Houston area. 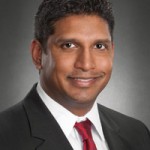 Dr. Roy is a recognized expert in operating room safety issues and a consultant in the development of innovative and safer surgical devices. An associate professor and vice chair of the Department, he serves as director of pediatric otolaryngology and quality officer, and is also an assistant dean at the McGovern Medical School.  Dr. Roy received his undergraduate degree with highest distinction from Stanford University, received a full scholarship for medical education at Washington University School of Medicine in St. Louis, and completed his residency in otolaryngology at the University of Miami. He completed a fellowship in pediatric otolaryngology at the Children’s Hospital in Pittsburgh prior to joining the faculty at the University of Miami, where he was named Professor of the Year in 2003, an honor he received again at the McGovern Medical School in 2013.   Dr. Roy is board certified by the American Board of Otolaryngology-Head and Neck Surgery and is a fellow of the American Academy of Otolaryngology-Head and Neck Surgery, the American College of Surgeons, and the American Academy of Pediatrics. An internationally recognized speaker and author, Dr. Roy has received multiple awards for teaching, clinical care and original scientific research. His clinical interests are airway disorders in children, neonatal airway surgery, hearing loss, tonsil and adenoid disorders and neck masses in children. 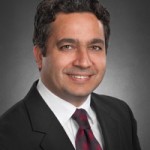 Dr. Sancak Yuksel is an assistant professor in the Department of Otorhinolaryngology. He received his medical degree at the Hacettepe University School of Medicine in Ankara, Turkey, and completed his otorhinolaryngology residency at the Istanbul University Cerrahpasa School of Medicine in Istanbul. After residency, he also received advanced training in head-neck and skull base surgery as a fellow in the same Department.   Dr. Yuksel served as a research fellow in the Basic Science Laboratory of the Children’s Hospital of Pittsburgh and worked in numerous National Institutes of Health-funded projects focused on the middle ear and the eustachian tube pathophysiology. He completed a two-year clinical fellowship in the Department of Pediatric Otolaryngology at Children’s Hospital of Pittsburgh. He also served as an instructor at the University of Pittsburgh School of Medicine.  Dr. Yuksel is a member of American Academy of Otolaryngology–Head and Neck Surgery. His clinical interests include pediatric ear diseases, cochlear implantation, newborn and pediatric swallowing and airway problems, and congenital head and neck lesions. He is also an expert in pediatric and adult complex ear and hearing problems and sialendoscopy, minimally invasive endoscopic management of salivary gland stones.