After Long-term Dialysis and a Kidney Transplant, Kayla Williams Gets Her Life Back 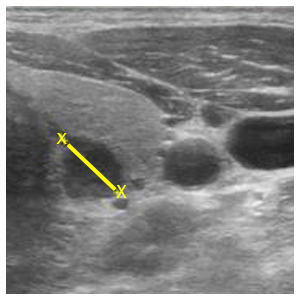 Following renal failure and four years of dialysis, 26-year-old Kayla Williams, LVN, of Caldwell, Texas, developed secondary hyperparathyroidism with severe bone pain. She is the beneficiary of closely coordinated interdisciplinary care delivered by physicians affiliated with the Kidney and Kidney/Pancreas Transplant Program and the Department of Otorhinolaryngology-Head and Neck Surgery at Memorial Hermann-Texas Medical Center and UTHealth.

“Patients on long-term dialysis develop renal osteodystrophy and associated bone pain,” says Ron Karni, MD, chief of the division of Head and Neck Surgical Oncology in the department of Otorhinolaryngology-Head and Neck Surgery at McGovern Medical School at UTHealth. “As the condition advances, blood tests show increased parathyroid hormone levels. X-rays will show osteopenia and, in some cases, bone fractures.”

When patients go on dialysis, the first biological change they experience is a decrease in calcium levels in the blood caused by failure of the kidneys to convert vitamin D to its active form. Phosphate levels in the blood rise as the kidneys stop excreting excess phosphate in the urine. Low levels of calcium in the blood stimulate the production of parathyroid hormone (PTH) in large quantities. “It becomes a tug of war between the parathyroids and the bones as the PTH rises, leaching more calcium than normal from the bones,” says Dr. Karni, an associate professor who holds joint appointments in the Department of Otorhinolaryngology-Head and Neck Surgery and the Division of Medical Oncology at McGovern Medical School at UTHealth. “Over time the parathyroids go out of control, resulting in high calcium levels in the blood. A normal PTH is between 10 and 80. In patients on dialysis the level can be 800 or higher. It’s not uncommon to see dialysis patients in chronic pain caused by severe bone demineralization.”

To combat the imbalance, Williams’ nephrology team in College Station, Texas, prescribed cinacalcet, which helps control PTH levels and slow bone loss. Eventually she reached the maximum tolerable dose of the medication, with lessened benefit. In 2013, when she found out she was in kidney failure, Williams withdrew from school just six weeks prior to graduation with her LVN degree. The following year she went back to school and graduated in June 2014 while performing her own nightly dialysis.

In July 2017, she underwent a kidney transplant at Memorial Hermann-TMC and went back on cinacalcet the following November. “Patients with chronic kidney disease and end-stage renal disease develop secondary and tertiary hyperparathyroidism because of the nature of the disease. Prescribing cinacalcet allows us to manage them without a parathyroidectomy, but it is an expensive medication with sometimes unpleasant gastrointestinal side effects,” says Aleksandra De Golovine, MD, medical director of the Kidney and Kidney/Pancreas Transplant Program at Memorial Hermann and UTHealth. “Hypercalcemia due to hyperparathyroidism damages the transplant kidney. To decrease the risk to the kidney, we rely on Dr. Karni to remove the parathyroids. Parathyroidectomy is a relatively safe and very effective operation that increases kidney transplant survival.” Dr. De Golovine is an assistant professor in the Division of Renal Diseases and Hypertension and the Division of Immunology and Organ Transplantation at McGovern Medical School and the Memorial Hermann/UTHealth Transplant Institute.

After the transplant, Williams began noticing bone pain, which became severe by January 2018. “I could walk, but if I walked a lot, my bones hurt,” she says. “When I sat down, my bones would hurt that much more. It was a very painful time. Looking back, I think I was in a little bit of pain for a very long time before the transplant.”

For patients like Williams, Dr. Karni offers a 3 ½-gland parathyroidectomy. “Our goal is to reduce the levels of PTH in the blood while maintaining the proper PTH balance to ensure normal functioning of the heart, nervous system, kidneys, and bones,” he says. “Patients are hospitalized after the surgery for a calcium drip that strengthens their bones. I’ve seen people walk in with a walker they’ve used for years because of osteopenia. A month after the surgery, many are walking without an assistive device.”

Williams was on a calcium drip for three days following her parathyroidectomy. “Once we perform the parathyroidectomy, the glands are no longer causing what we call hungry-bone syndrome resulting from calcium being extracted from the bones over many years,” says Dr. Karni. “All this is thanks to our collaboration with the excellent physicians affiliated with our kidney transplant program, who recognize that patients on long-term dialysis have severe secondary hyperparathyroidism.”

Williams no longer needs cinacalcet or calcium and vitamin D supplements. “I can walk quickly if I want to, and I can engage in more activity at a time,” she says. “I don’t have to rest as much because I no longer have bone pain. I can walk upstairs without pain, run, and exercise now – things that were impossible in the past.”