To have oropharyngeal cancer 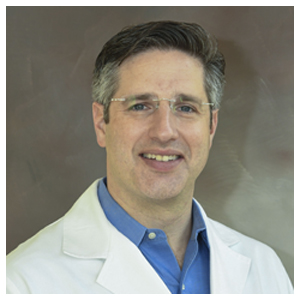 once and be cured without radiation therapy is more than luck. It is the sign of an attentive patient, a responsive physician and quick action. To have a recurrence four years later, and once again avoid radiation therapy, is a strong indicator of a successful surveillance program.

In 2014, Sue Ann Pieri felt as if she had bitten the back of her tongue. “Strange things made it burn, like chocolate,” she says. “Then I realized that I couldn’t have bitten my tongue because there isn’t a molar that far back.”

Her ENT found a small spot on the right tongue base, biopsied it and referred her to Ron Karni, MD, who saw her within a week. Dr. Karni is chief of the Division of Head and Neck Surgical Oncology at Memorial Hermann-Texas Medical Center and an associate professor who holds joint appointments in the Department of Otorhinolaryngology-Head and Neck Surgery and the Division of Oncology at McGovern Medical School at UTHealth.

“I put my trust in Dr. Karni,” Pieri says. “He was able to remove the cancer with robotic surgery and no radiation. About a year later, he did not like the way the spot looked and did a CT scan and biopsy, which came out okay. Then things went along really well for a few years.”

In 2018, while undergoing dental work, she had a sore throat and felt like she might be coming down with a cold. “My dentist said my throat didn’t look good and asked if I’d been sick or had a cold. Later he texted me in all caps, ‘GO GET THAT CHECKED.’”

Pieri was still in the head and neck cancer surveillance program and had a standing six-month appointment with Dr. Karni. When he examined her, he also expressed his concern. On Christmas Day she started bleeding, and the following day Dr. Karni admitted her to Memorial Hermann-TMC and excised a small malignancy on her left tonsil.

“We know that patients who have an oral or throat cancer are at risk of recurrence,” he says. “It was a victory that we were able to avoid radiation and its side effects the first time, and an even greater victory that we could do it twice. Using advanced transoral robotic surgery techniques, we are able to do this routinely for our patients. Surveillance helps sustain our cancer cures.”

Pieri, 57, recovered well after surgery, with no pain and complete ability to swallow. In May, she made her “freedom trip” to the 50th Anniversary Jazz Fest in New Orleans. “Now that I’ve crossed that bridge, I feel like I can let my feathers fly,” she says. “I’m acting like a 22 year old.”