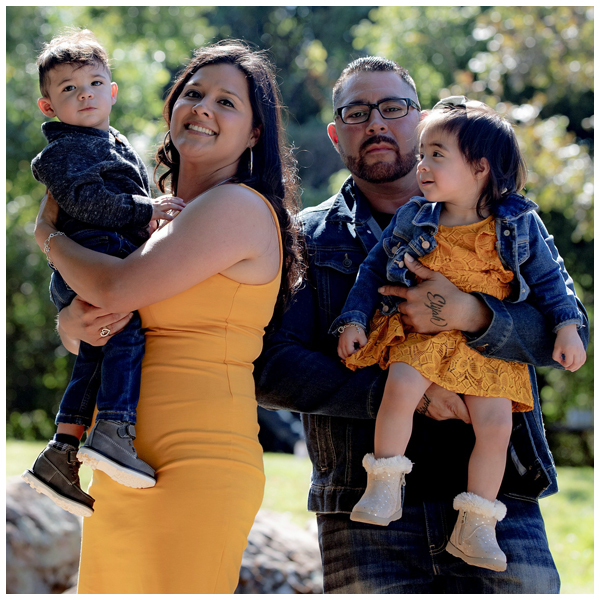 At 21 months of age, Elijah Zúñiga was undergoing physical, occupational, and speech therapy at Shriners Hospitals for Children-Houston when his physicians discovered that he could not hear.

“Elijah had just recovered from bacterial meningitis and was in rehabilitation for weakness on the right side of his body,” says his mother Rocío Gonzalez Zúñiga. “I was in denial at first, but then I prayed that if I had to make a decision about my son’s hearing, I would make the best choice.”

Her pediatrician recommended Memorial Hermann-Texas Medical Center and McGovern Medical School at UTHealth, where she found Zhen “Jane” Huang, MD, MBA, an assistant professor in the Department of Otorhinolaryngology-Head and Neck Surgery at McGovern Medical School. “I researched her, and then I met with her and I liked her. She was direct and honest with me and explained all the risks of cochlear implantation as well as the potential benefits.”

Born at 31 weeks, Elijah had profound sensorineural hearing loss. “When I met with Mrs. Gonzalez Zúñiga, she was still trying to come to terms with the fact that her baby couldn’t hear,” Dr. Huang says. “He had been seen elsewhere, and she felt their approach was too aggressive, so I wanted to go slowly to make sure she understood the entire process from surgery through audiology and follow-up. Infants who have had meningitis often have ossification that is rapid and complete within a few months of infection. We had to balance the need to move quickly against her comfort level with surgery. In the end, she decided to do his right ear first and program the implant to determine the result.”

“I thought, if this works, we’ll do the other ear,” Gonzalez Zúñiga says. “I didn’t want to risk everything at once.”

Dr. Huang implanted the right ear in September 2019. “It was a difficult case because Elijah had ossification over the round window, which is where we insert the cochlear implant. This was not visualized on CT,” she says. “After we drilled out his cochlea, we successfully inserted the implant and all of its electrodes and tested responses in the OR. We X-rayed his skull to confirm the position and monitored Elijah overnight in the hospital. He was discharged the day after surgery.”

Two months later, audiology activated the implant. “It was one of the best days of my life,” Gonzalez Zúñiga says. “He cried, and I thought, ‘I’ll take a cry or a scream – anything – because I know it means he can hear.’ I was very happy with the result, so we decided to go ahead with the left ear.”

Dr. Huang took Elijah back to the OR in December 2019. “Again, it was a difficult procedure because the ossification on the left side was a little worse, but we were able to insert the implant successfully,” she says. “We got a good response when the second implant was activated by audiology in February 2020.”

Gonzalez Zúñiga says she felt that God led her to Dr. Huang. “When we met, I trusted her and knew she was going to be great, and she has been. I love her, and I’ve referred my friends to her. Every time I see her, I tell her thank you, thank you, thank you for the opportunities you’ve given my son.”