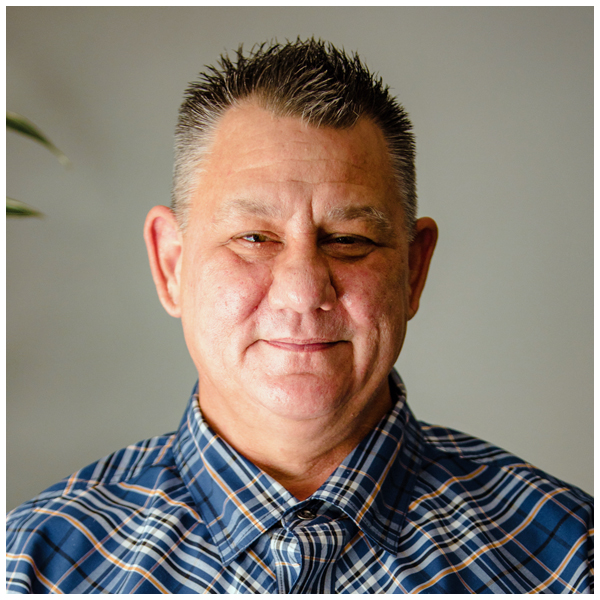 Although not yet widely available, transoral robotic surgery (TORS) has moved treatment for throat cancer away from primary chemotherapy and radiation toward surgery, with fewer side effects in appropriately selected patients. Among them is John Bush, who woke up one morning in late April 2020 and discovered a cyst on his neck that “popped up out of nowhere.” His family practitioner prescribed azithromycin to treat infection and asked to see him in 10 days.

“During those 10 days, the cyst got bigger, and she referred me to an ENT,” says Bush, who made an appointment with William Yao, MD, whom he had seen previously for septoplasty. Dr. Yao, an assistant professor in the Department of Otorhinolaryngology at McGovern Medical School at UTHealth, called in his colleague Kunal Jain, MD, who joined him in the exam room.

“When we see a cystic lymph node in a 52-year-old man, we worry about cancer,” says Dr. Jain, an assistant professor of otorhinolaryngology who focuses his practice on patients with benign and malignant tumors of the head and neck. Dr. Jain ordered blood work and set up an office appointment to biopsy the cyst.

“Everything came back negative, but Dr. Jain wanted to remove the cyst and check my lymph nodes while I was under anesthesia,” Bush says.  Bush underwent surgery, and the pathologists were able to evaluate the lymph node during the procedure, which showed he had a human papilloma virus-associated cancer. Dr. Jain performed a complete neck dissection of the lymph nodes while his patient was under anesthesia.

“When he came to my office, I gave him the news that it was cancer,” Dr. Jain says. “We knew it was in the lymph nodes, but we didn’t know where it originated. We often find small HPV-associated oropharyngeal tumors on the back of the tongue or tonsil. After I examined Mr. Bush again, I suspected the left tonsil and offered him robotic surgery to remove it. In the old days, we had to split the jaw and do a tracheostomy as part of the surgery. With the robot, we can remove the tonsil through the mouth safely without the need for a permanent feeding tube or tracheostomy.”

Dr. Jain joined the faculty of UTHealth and medical staff of Memorial Hermann-Texas Medical Center in 2015 after completing a fellowship in head and neck oncology and microvascular reconstruction at the University of Pennsylvania in Philadelphia. “I trained with the physicians who pioneered the transoral robotic technique, which has helped swing the pendulum away from chemotherapy and radiation therapy and back to surgery for early-stage oropharyngeal cancers,” he says. “During the last five years we’ve found that we can safely de-escalate treatment of patients with HPV-associated throat cancer. We want to avoid the side effects of treatment, a long hospital stay, and a permanent feeding tube if we can. Today, our survival rate for these early-stage cancers at five years is 90% or better.”

During his hospital stay, Bush was fed a liquid diet through a nasogastric tube. “I got home on a Thursday and by Saturday I was eating solid foods,” he says. “Having a tonsillectomy as an adult – and a bit of my tongue removed – was painful, but my recovery was a lot quicker than I expected.”

Bush, Dr. Jain, and radiation oncologist Angel Blanco, MD, discussed whether to move forward with radiation therapy. “Mr. Bush’s cancer was stage 1, and adjuvant treatment is never a black-and-white decision,” Dr. Jain says. “We decided to wait and see after discussing his case at our multidisciplinary tumor board, and discussing the options with Mr. Bush. Our main goal is to give him the best oncologic outcome without the side effects of treatment. I felt good about the clear margins, but there are no guarantees. We’re monitoring him closely and his most recent PET/CT scan was clear. If oropharyngeal cancers reoccur, about 90% do so within the first two years, and we still have radiation and chemotherapy in our back pocket if needed. The main thing is we got him back to his normal life within two weeks by doing a minimally invasive surgery.”