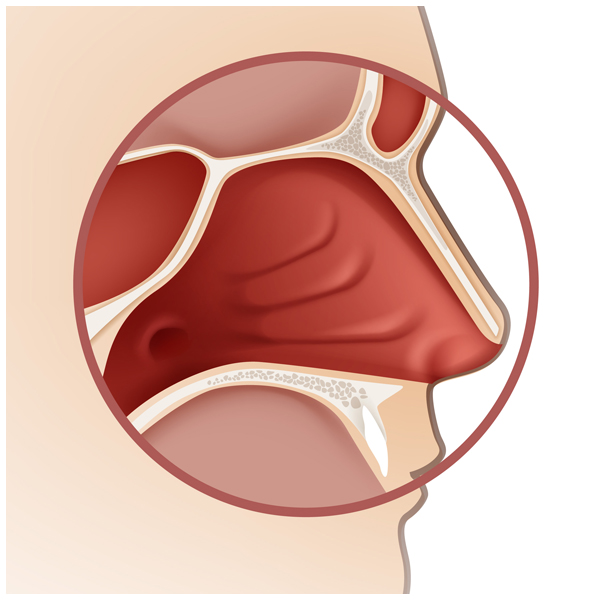 Chuck Frank’s problem of nasal obstruction came on gradually over 12 to 18 months. By spring 2019, he was waking up every morning unable to breathe through his nose.
“At first I thought it was allergies or a cold, but finally it sank in that this was something else entirely,” says Frank, 73, who made an appointment with Douglas Stanley, MD, at UT Physicians Otorhinolaryngology-The Woodlands. “I liked Dr. Stanley immediately. He was easy to talk with, did a thorough exam, and walked me through my options in great detail without rushing. He answered every question I asked and even brought up other points to consider. He instilled a lot of confidence.”

Frank had played football in high school and broke his nose more than once, resulting in a deviated septum. He also had enlarged inferior turbinates, adding to his breathing problem.  Based on the office exam, Dr. Stanley discussed a possible two-step treatment option with his patient: in-office inferior turbinate reduction followed by septoplasty in the OR to correct the deviated septum.

“Mr. Frank had significant septal deviation, but he was older and wanted to avoid anesthesia if possible,” says Dr. Stanley, an assistant professor in the Department of Otorhinolaryngology-Head and Neck Surgery at McGovern Medical School at UTHealth whose clinical interests include office-based procedures for the nose and sinuses. “We thought the turbinate reduction would help quite a lot and decided to try that first and opt for a procedure in the operating room if it didn’t resolve the problem.”

Frank felt strongly about avoiding surgery. “If we had to do the surgery, my recovery would be a lot longer,” he says. “I was willing to try the turbinate reduction and go from there.”
Frank underwent the in-office procedure in late January 2020. “He had dramatic improvement in restoration of nasal breathing,” Dr. Stanley says. “His recovery was quick, with minimal downtime, minimal need for medication, and no issues.”

Frank’s follow-up visit was done via telehealth due to lockdown of health care facilities for all noncurrent cases during COVID-19. “The procedure was amazingly pain-free,” he says. “The most uncomfortable part was the numbing. After that, it was quick and easy. I experienced minor discomfort the next day but since then it’s been great. I’m sold on the procedure and highly recommend it. I was amazed when I woke up the following morning and could breathe.”