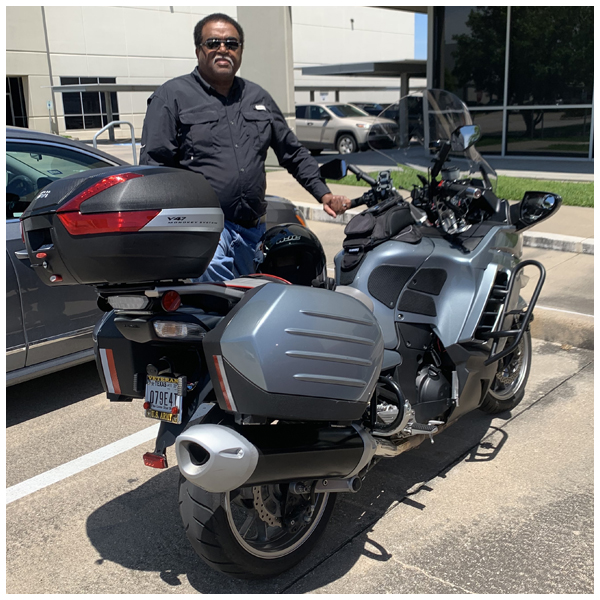 Rick Jackson was failing maximal medical treatment and well on his way to a third trip to the OR for nasal polyposis, when his rhinologist Martin J. Citardi, MD, suggested that he try SINUVA®. The corticosteroid-eluting implant is indicated for the targeted treatment of nasal polyps in people who have had ethmoid sinus surgery.

“Placed during a routine office visit, SINUVA expands into the sinus cavity and delivers mometasone furoate directly to the site of polyp disease for 90 days,” says Dr. Citardi, professor and chair of the Department of Otorhinolaryngology-Head and Neck Surgery at McGovern Medical School at UTHealth. “Nasal polyposis is a chronic condition, and the traditional treatment approaches of repeat surgeries and high-dose oral steroids combined with antibiotics have significant limitations for many patients. Rick did not complain very much, but you could tell he was uncomfortable.”

Jackson had been living with sinus drainage and loss of the ability to smell for nearly a decade. “When I went in to see Dr. Citardi, I was in bad shape,” he says. “I was blowing my nose constantly. He briefed me on SINUVA and told me what to expect of the procedure and results.

One of the major selling points for me was that many other people have had the procedure with good results.”

Jackson was in Dr. Citardi’s office for about an hour in February 2020. “He gave me a local anesthetic and we waited about 20 minutes to make sure I was well numbed,” he says. “He removed some polyps and placed implants in both sinuses, which took about 15 to 20 minutes. I went to work the next day. By the third day I had regained my sense of smell, which been gone for close to a year. Being on steroids and antibiotics has been my way of life for almost 10 years.”

“The ability to manage chronic nasal polyps without surgery is an advance in treatment,” says Dr. Citardi, who specializes in complicated sinus and nasal disease and is chief of otorhinolaryngology at Memorial Hermann-Texas Medical Center. “It offered Rick an alternative to another surgery and will likely last 12 to 15 months, after which symptoms slowly return. But during that time, patients need minimal treatment and no prednisone.”

Jackson says the procedure really has helped him. “If this needs to be done again in a year and a half, an hour in an office chair is hands-down better than a surgery.”