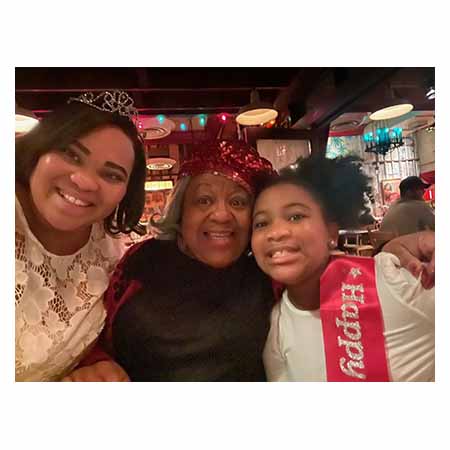 Five years ago, Mablean Warren had surgery for a deviated septum and enlarged turbinates, which were causing nasal obstruction. After her initial satisfaction with the outcome, she began noticing a decrease in her quality of life.

“It was a gradual worsening. After a few months, my nose and head began to feel stuffy all the time, and I couldn’t sleep well because I couldn’t breathe,” says Warren, 77. “I felt like I was suffocating and lost my ability to concentrate. I was irritable and had a lot of anxiety.”

Eventually, she was diagnosed with empty nose syndrome (ENS) and referred to Martin J. Citardi, MD, professor and chair of the Department of Otorhinolaryngology-Head and Neck Surgery at McGovern Medical School at UTHealth Houston.

“Empty nose syndrome occurs when patients have too much nasal tissue removed during surgery, causing nasal airflow disruption,” Dr. Citardi says. “It typically arises after total or near-total inferior turbinate resection, and patients present to us with an intense perception of nasal obstruction significantly out of proportion to what we see on the physical exam. While their noses are anatomically open, they describe air hunger. It’s not uncommon for this community of patients to become fixated to the point that they are unable to function in daily life. When asked about their symptoms, they often use words like ‘suffocation’ or ‘emptiness.’ These patients can be very demanding because of the diagnostic challenge and their high level of anxiety or even depression.”

Dr. Citardi is among a handful of ENT surgeons working with ENS patients. He begins with topical moisturization with saline sprays and various emollients to help relieve the sensation of dryness, prevent crusting, and decrease pain. “These treatments require frequent repetition and are likely to provide only temporary relief,” he says. “Usually, patients suffering from a true ENS state require surgical reconstruction through turbinoplasty. In addition to treating the physical aspects, we also have to consider the psychological morbidity associated with empty nose syndrome.”

To identify candidates for surgery, Dr. Citardi uses a validated patient questionnaire and the office-based cotton test. “We place a small piece of cotton in the area with missing tissue and ask patients if they perceive a difference,” he says. “If they do, we know they are candidates for turbinoplasty.”

During a day surgery, he placed graft material in Warren’s nose to replace some of the missing tissue. “Data measuring the prevalence of ENS after turbinate surgery are limited, which may reflect a relatively low incidence, or the fact that many cases are unrecognized and unreported,” Dr. Citardi says. “Another factor that complicates diagnosis is the delay in development of symptoms, which can range from months to years. Removing too much tissue isn’t as common as it used to be, but some surgeons continue to practice complete or near-complete turbinate resection for maximal opening of the nasal airway. This can have a major disabling impact on patients’ lives.”

Of her personal experience, Warren says she could feel the difference immediately after turbinoplasty. “It was like, ‘Oh, wow! I can breathe,’” she says. “Now I wake up and swing my legs out of bed and say, ‘Watch out, world, here I come! Let’s get the party started.”