Our VATS and Robotic Lobectomy Surgery Information Booklet is available in our office, or online by accessing this link: https://online.fliphtml5.com/qsbv/zmox/

Video-Assisted Thoracoscopic Surgery (VATS) is a type of minimally invasive surgery used to diagnose and treat conditions that are found in the chest area of the body. A camera called a thoracoscope is inserted into the chest through small incisions, and the surgeon can guide the camera to perform a variety of procedures on the inside of the chest such as removing a piece of the lung, drain fluid, or perform a procedure on the heart or lung. VATS is commonly performed if the patient needs to have a portion of tissue removed if there are cancerous cells. VATS is also used to biopsy part of the lung, lymph nodes, the tissue around the lungs, heart, or esophagus. 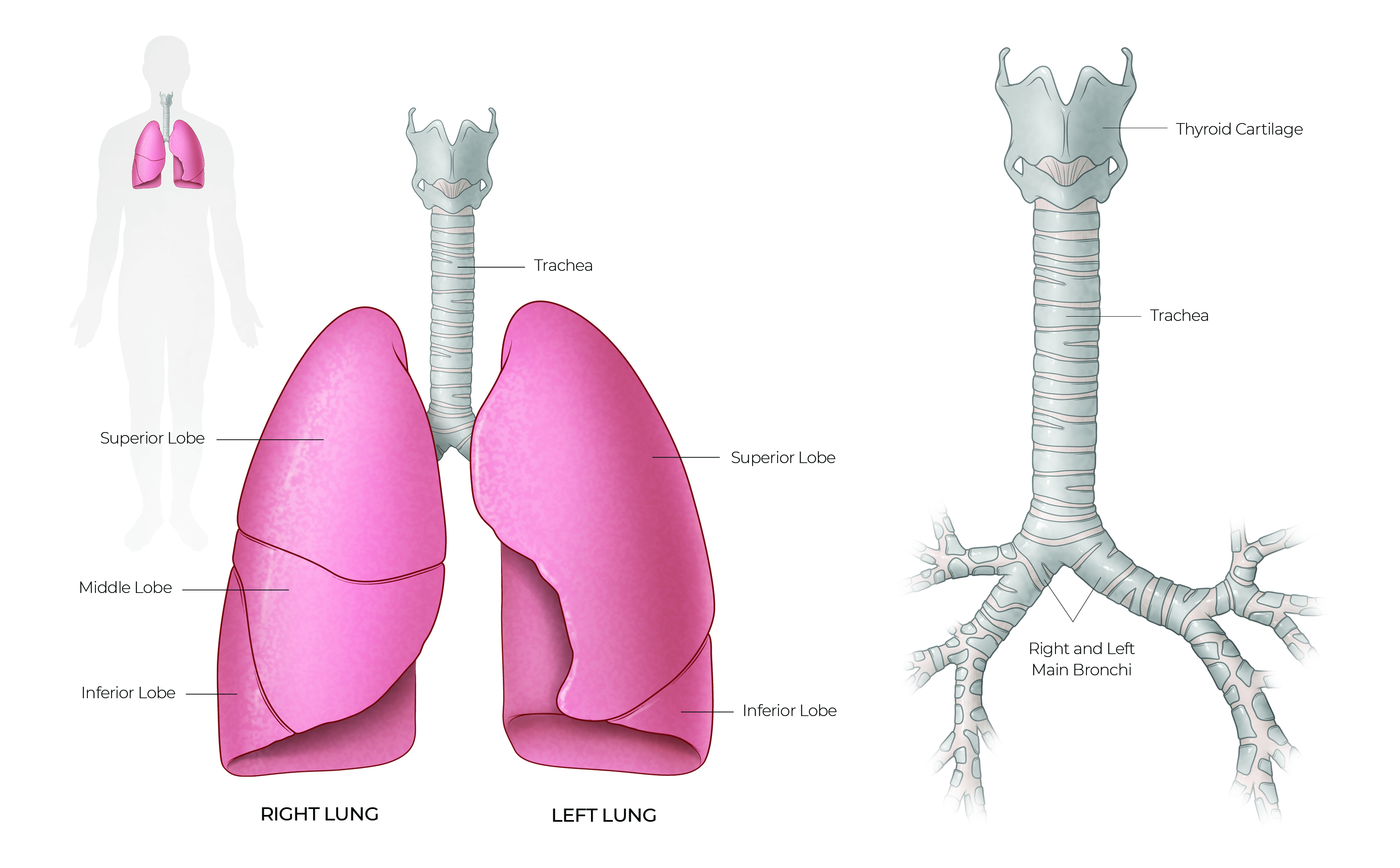 VATS is commonly performed if the patient needs to have a portion of tissue removed if there are cancerous cells. VATS is also used to biopsy part of the lung, lymph nodes, the tissue around the lungs, heart, or esophagus. VATS is also used for procedures on the heart such as atrial fibrillation ablation, pacemaker lead placement, and repair to the mitral valve.

The goal of a video-assisted minimally invasive lobectomy procedure is to remove the lobe of the lung containing cancer as well as the surrounding lymph nodes while minimizing surgical trauma. Evidence has shown that reduced surgical trauma leads to less pain, fewer complications, and faster recovery compared to a lobectomy through a conventional open incision (thoracotomy). These operations are performed under general anesthesia. A special breathing tube is placed for surgery and is almost always removed before you awake from anesthesia.

This surgery is performed via three to five small incisions on the side of the chest. Patients can expect one cut approximately 2 inches long to allow for the removal of the lobe from the chest and the rest less than 1 inch long. These incisions allow us to work between the ribs without spreading the ribs apart with a retractor. The operation typically takes approximately two hours.

Our goal is to discharge patients from the hospital within a matter of days. In general, patients who are in good health with few medical problems stay in the hospital up to three days. Those with underlying health problems and poor exercise capacity may stay longer, as necessary. Very few patients ever require admission to the ICU. Most patients are admitted to a private monitored surgical room (IMU setting) following surgery.

After surgery, all patients receive supplemental oxygen. The goal is to wean the oxygen off in the days following surgery. Most patients will not require oxygen at home; however, some patients, particularly those with underlying conditions such as COPD or emphysema, may require temporary supplemental oxygen.

The final pathology report concerning the exact size of the cancer and status of the lymph nodes (pathologic stage of cancer) is typically available within a week of surgery. Patients are typically discharged prior to the report’s availability; therefore, the results are disclosed at a follow-up appointment.