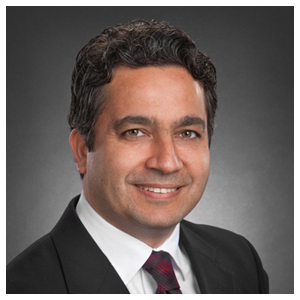 Much of otorhinolaryngology is detective work. Like good sleuthing, successful practice demands profound knowledge, honed investigative skills, persistence and a measure of artistry. In the case of Gail Abeita, diagnosis and treatment of lifelong hearing loss required all of these talents and more – a passion for solving the mysteries of the middle ear.

When Abeita first met otorhinolaryngologist Sancak Yuksel, MD, an associate professor at McGovern Medical School at UTHealth, she was in her early 60s and living with hearing loss since childhood. “My mother discovered my hearing loss, and when I had my adenoids and tonsils removed, the surgery improved my right ear but not my left. So as a child I had exceptional hearing in my right ear and only minimal conductive hearing in my left. Through the years, if I’d get a cold and sneeze just right, I could hear with my left ear briefly, for a half a minute or so.”

When Abeita and her husband moved to Houston in 1993, a hearing test showed she had only 12 percent hearing in her left ear. Her ENT advised her that she was at risk of losing that tiny bit of hearing if he tried to operate. “So we decided not to disturb it,” she says.

In her 50s, her hearing in her right ear started to decline. “I had it tested and was told that a hearing aid would help, but every time I saw an ENT and brought up the left ear, they said, yes, your hearing is low but let’s leave it alone,” she says.

Testing by an audiologist at UT Physicians led her to Dr. Yuksel, who excels in middle ear and eustachian tube pathophysiology. He told Abeita the opposite of what she’d been hearing.
“He said, ‘Gail, if I were you, I’d leave your right ear – the better one – alone, and would go in first and look at your bad ear,” she recalls. “Maybe something can be done to boost your hearing. He gave me the pros and cons of surgery, and I told him I was ready to gamble because I couldn’t hear with that ear anyway.”

A CT scan revealed no specific abnormalities in her left ear. “When you see a patient with a normal eardrum without perforation, we know something is going on behind it,” Dr. Yuksel says. “It could be that the stapes footplate is fixed in position rather than being mobile, which is known as otosclerosis, or some type of ossicular chain discontinuity, or the fixation of other bones. In young adults or middle-aged women we see mostly otosclerosis. When a CT scan doesn’t show bone abnormalities or dislocations, we offer patients like Gail an exploration tympanoplasty. We lift the eardrum to see what’s going on, and we tailor the surgery to what we find.”

What he found in the OR was erosion of the incus of undetermined cause. In a sculpted incus interposition, he removed the incus, reshaped it and placed it to close the air-bone gap between the stapes and malleus. The result was immediate: after the surgery Abeita could hear with her left ear for the first time in her life.

“Her left ear is now the better ear,” Dr. Yuksel says. “Gail’s hearing loss in her right ear is mild to moderate, which indicates that the air-bone gap is not as wide. We gain much more from surgery when there’s a wide gap. If her hearing worsens in the future, we can consider surgery at that time.”

Abeita feels like she got an unexpected gift. “To me, it’s some miracle, and I thank God every day that the stars lined up and led me to this doctor who could go in there and operate and correct this after not hearing for my whole life. It’s amazing. And he’s the nicest, most down-to-earth doctor. To explain something, he grabs his pen and starts to draw. He’ll head toward the door of the exam room and turn around and come back because he’s thought of something else he wants to tell me. He’s really special.”

Dr. Yuksel gets many referrals from other ear specialists for complex surgeries. “We are always ready to take on the most challenging cases,” he says. “If we see something we didn’t expect during surgery, we have the skill to change the surgical plan and adapt to the new problem. I enjoy solving mysteries.”