Gene Velasquez, 55, collapsed while running at Memorial Park in June of last year when he suffered a heart attack and was in cardiac arrest. Mr. Velasquez spent the following five days in a coma.

“Gene’s heart stopped. He was clinically dead. The odds of someone surviving are very, very low. Probably around 7% of the time,” said Professor and Chair of the Department of Emergency Medicine at McGovern Medical School Dr. Bentley Bobrow, MD, FACEP.

Miraculously, paramedics on-site during Gene’s heart attack were contacted by witnesses and performed CPR on a collapsed Gene until an ambulance arrived.

“Words can not express what I would want to say to them. They saved my life,” remarked Gene Velasquez. “Excluding the circumstances, I would say my experience during recovery was amazing. The people were friendly, the Emergency Medicine staff kept me well informed, the doctors were extremely caring, and anything I needed was there for my recovery. This is the best care I have ever had.” 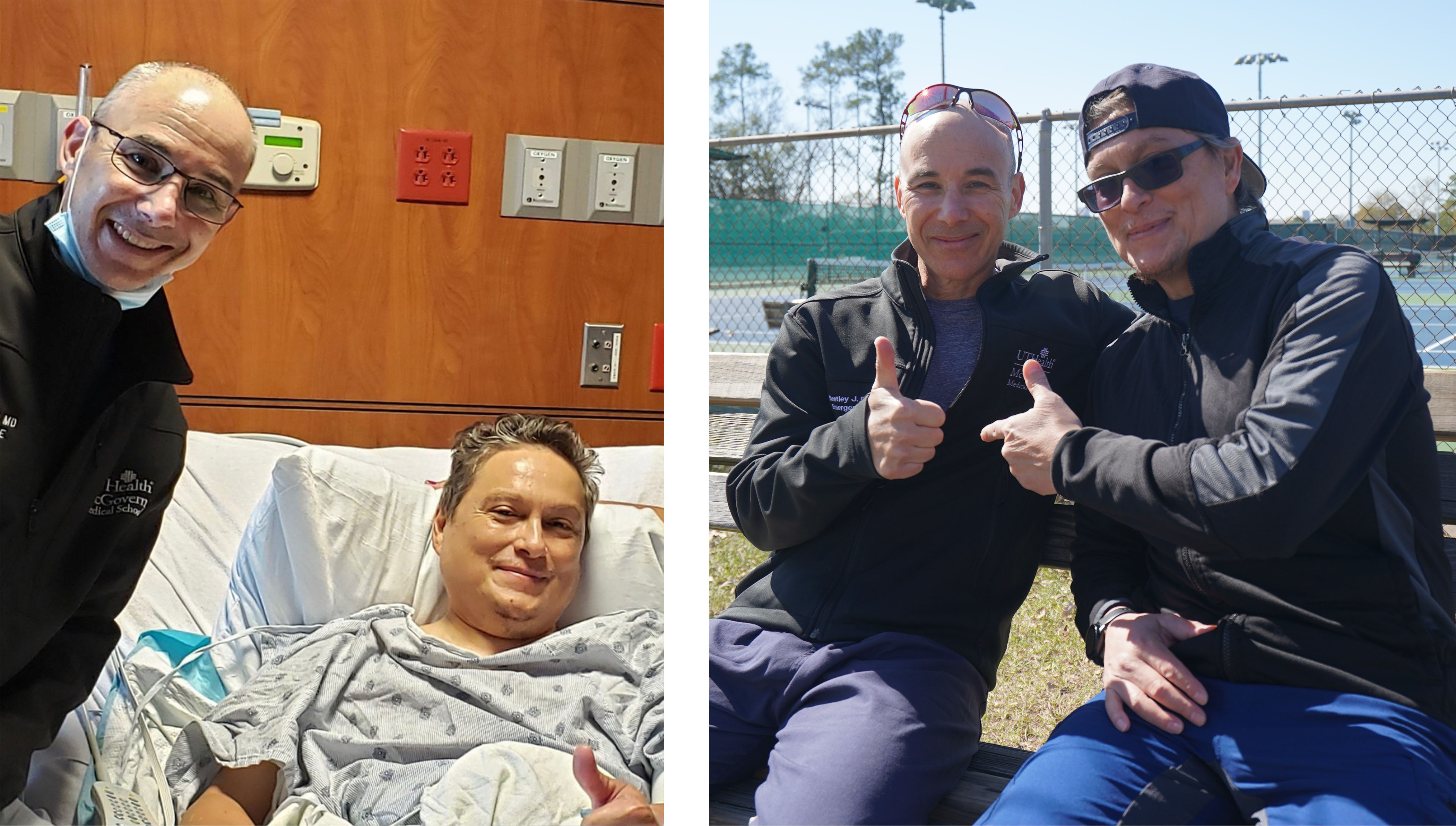 Since making a successful recovery, Gene visited Memorial Park weekly in hopes his mystery Samaritan would recognize him. After months of searching and with help of a published story by KHOU-11 the mystery Samaritan was able to be found. Initially thought to be the acts of one individual, turned out to be several people that stopped to help the day of Gene’s heart attack.

Sargent David Gonzalez with the University of St. Thomas Police Department, Jack Perini, and Eric McClendon were three of seven witnesses that took turns performing CPR awaiting for an ambulance arrival after calling 911. Without any prior knowledge about Mr. Velasquez, the three men wondered if the man they helped was ok.

“When the story aired, I was showing people. I was so glad, it was such a big relief,” declared Eric McClendon.

Eternally grateful, Gene stays in close contact with the men that saved his life.

“There’s good people out there still and I’m glad I was able to meet these good people” assured Gene Velasquez.