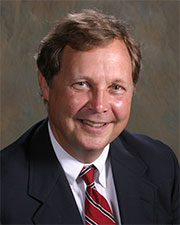 Dr. Weltge has served as medical director of the Memorial Hermann Hospital ED and on various committees of the UT Medical School, Memorial Hermann Hospital and the Harris County Hospital District. He was founder and course director of the Technical Skills Program for UT Houston Medical School and served on the Curriculum Committee for four years.  He’s served on the UT Health Science Center’s Committee for the Protection of Human Subjects (CPHS) since 1992. He is co-director, with Dr. Angela Fisher (of BCM), of the ‘Business of Medicine’ course for UT & Baylor medical students which is sponsored by the Harris County Medical Society.

Dr. Weltge has been active in emergency medicine, served as president of the Texas Chapter of the American College of Emergency Physicians in 1994 and most recently completed four years of services to the American College of Emergency Physicians as Speaker in October of 2011.  He has served on the American Heart Association’s Emergency Cardiac Care (ECC) Subcommittees and as part of the Center for Disease Control’s (CDC) National Center for Injury Prevention and Control (NCIP) Acute Care Research Agenda in 2004.  He is currently an officer for the Harris County Medical Society’s (HCMS) delegation to the Texas Medical Association (TMA) and has served on various councils and committees of the TMA and was recently elected as a TMA alternate delegate to the American Medical Association (AMA).

Dr. Weltge has been involved in the community.  He is an officer and board member of the Houston-based Star of Hope Mission, one of the largest homeless missions in the country.  He was recently appointed as a board member of the City of Houston’s Houston Recovery Center (LGC) and has served on various city and county commissions and task forces.  He is active in First Presbyterian Church and has participated in youth mission trips to Jamaica, Belize and Costa Rica.