Richard Petty doesn’t normally write laudatory letters about his physicians, but after treatment for chronic rhinosinusitis (CRS), he sat down and penned one to Giuseppe Colasurdo, MD, president of The University of Texas Health Science Center at Houston and then dean of the UTHealth John P. and Kathrine G. McGovern Medical School. In the letter, he commended the skill and professionalism of Martin Citardi, MD, FACS, professor and chair of the Department of Otorhinolaryngology-Head and Neck Surgery at the McGovern Medical School.

Petty, a business process engineer and Lean Six Sigma Black Belt, calculates his pre-Citardi annual expenditure on over-the counter medication and prescriptions at $2,100. Add to that figure another $1,200 for doctor visits, oral steroids and steroid injections and the grand total comes to roughly $3,300 per year. “I’ve had scores of infections and spent thousands of dollars since moving to Houston from San Antonio,” Petty says. “The first ENT I saw after the move described my symptoms as the worst he had ever seen. A sinus infection would feel like a case of the flu. I’d have body aches and chills and horrible splitting headaches, and would miss a couple of days of work.” Petty saw four ENTS and underwent three surgical procedures – two in 2008 and one in 2012 – before being referred to Dr. Citardi in January 2014. He also saw five allergists, one of whom described Houston as “the perfect storm of allergens” for Petty. 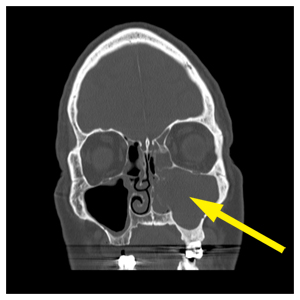 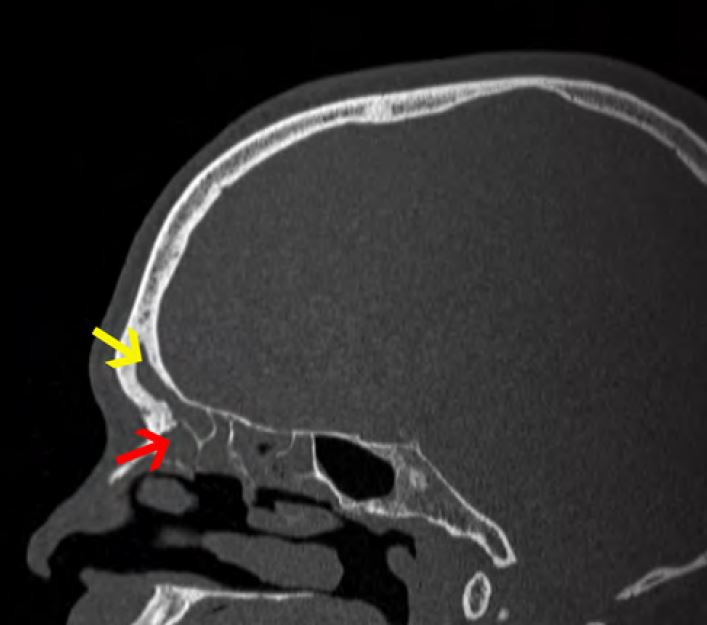 “Just as one seasonal allergen was subsiding, another was peaking. I was living in a perpetual state of allergic reaction,” he says. “Even after three surgeries I was still having regular sinus infections, but they no longer knocked me completely out of commission. I could push through and go to work.”

Dr. Citardi performed revision image-guided functional endoscopic sinus surgery on Petty early in 2014. “The patients who benefit most from the procedure, like Richard, are described by a fairly typical clinical scenario,” he says. “Most have had relatively recent sinus surgery and did well for a while before their symptoms returned, or their symptoms worsened following the procedure. They typically have congestion and purulent nasal drainage. They’ve received multiple rounds of antibiotics and steroids, and have finally been told they’ll have to live with the condition. These are the patients we need to see.”

Dr. Citardi coupled the surgery with an aggressive regimen of postoperative care, including medical management and close endoscopic monitoring of the cavity until complete remission. “Sinus and nasal surgery has come a long way, but ongoing medical management continues to be important,” he says. “We don’t just sign off on a patient after a good surgery. We follow them for at least two or three years and sometimes longer. With continued treatment following surgery, CRS patients can expect major improvement in almost all cases. The key is continued management guided by endoscopic examination over long periods of time.”

After the surgery Petty had more than 6 infection-free months instead of the four-to-six-week respites he’d experienced over the previous six years. “I went from 10 to 12 episodes of CRS annually to two,” he says. “To me that’s an enormous success. Over the years I’ve been told that as long as I live in an environment where I’m allergic to so many things, my care would be more about managing the CRS to prevent further infections. I’d heard that same statement from four other doctors, but Dr. Citardi is the first one who delivered it.”

In his letter to Dr. Colasurdo, Petty wrote, “Dr. Citardi made me feel like a partner rather than a problem to be solved. His extreme professionalism was tempered with unpretentious jocularity. He increased my quality time with my wife and children, increased my productivity in the workplace and increased my positive attitude in general.”

Petty says he meant every word he wrote in that letter. “It was well warranted. Dr. Citardi quite literally changed my life.”