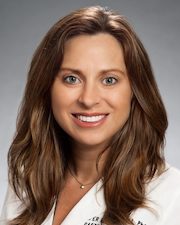 Dr. Bailey-Lundberg commenced her interest in translational science at the National Institutes of Health in the laboratory of Dr. Steven Jacobson. After working at the NIH, she performed her doctoral studies in Biochemistry and Cancer Research at the NCI designated Eppley Cancer Institute, University of Nebraska Medical School, in the laboratory of Tony Hollingsworth. Her doctoral research investigated the role of developmental programs in promoting cancer initiation and metastasis in one of the deadliest cancers (Bailey et al., Clinical Cancer Research, 2008 and Bailey et al., Oncogene, 2009). Her dissertation work was funded through NIH fellowships in Biomedical Research and Cancer Biology. She performed her postdoctoral research in Human and Molecular Genetics in the laboratory of Steven Leach at Johns Hopkins University School of Medicine. Her postdoctoral work employed lineage-tracing approaches to study genetic mechanisms of cellular transformation in the pancreas. For this research, she was awarded an NCI F32 postdoctoral fellowship as well as a K99 like mechanism, Pathway to Leadership Award, through the American Association for Cancer Research. She has described an incredible plasticity of acinar cells contributing to intratumoral cellular heterogeneity in pancreatic cancer and she and has collaborated on efforts to link inflammation and epithelial delamination (Rhim et al., Cell, 2012). Her research has also described differentiation of acinar cells into morphologically distinct tuft cells in response to oncogenic Kras signaling and inflammation (Bailey et al., Gastroenterology, 2014). Her collaborative efforts aided in discovering IL17 signaling is an important mediator of cancer progression in the pancreas (McAllister et al., Cancer Cell, 2014).