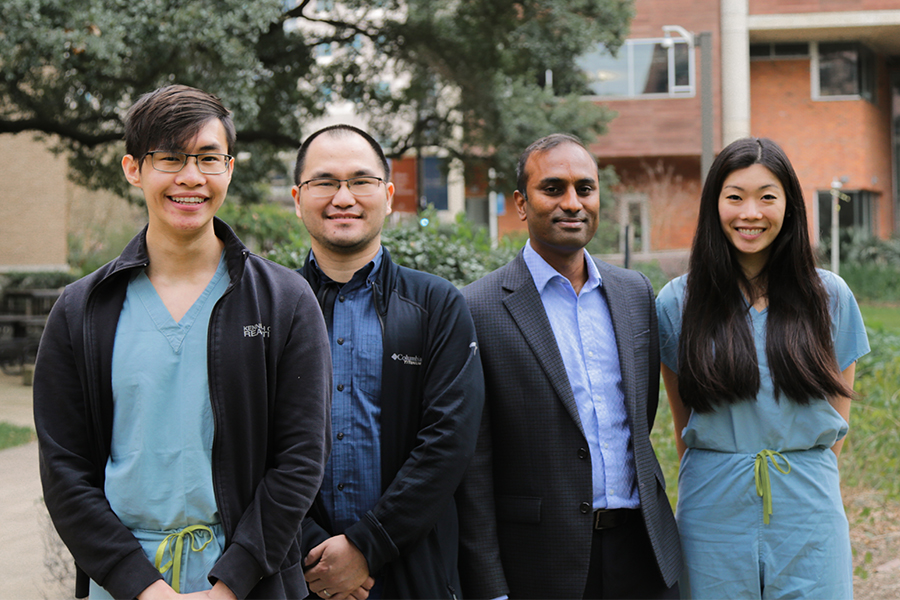 A review and meta-analysis of postmortem brain studies from the lab of Sudhakar Selvaraj, MD, was published in Molecular Psychiatry (Photo by Aaron Nieto)

A recent review and meta-analysis of postmortem brain studies from the lab of Sudhakar Selvaraj, MD, PhD, associate professor in the Louis A. Faillace, MD, Department of Psychiatry and Behavioral Sciences, was published in the January edition of Molecular Psychiatry.

The research examines the contradictory results of various studies performed on multiple synaptic proteins involved in causing bipolar (BD) and major depressive disorders (MDD). MDD and BD affect nearly 20 percent of the population and are among the most prevalent mood disorders.

“MDD and BD are considered heterogeneous conditions with multiple underlying pathophysiological mechanism that include genetic, immune, synaptic, cellular stress and oxidative response pathways,” the authors said. “However, the exact pathophysiology of mood disorders is still not known but is likely multifactorial.”

Postmortem brain studies of BD and MDD patients have implicated synaptic disfunction leading to morphological and cellular changes in brain regions. These changes include reduced glial cell density and neuronal size in the prefrontal cortex, orbitofrontal cortex, amygdala, hippocampus, and anterior cingulate cortex, and show that synaptic function-related genes and synaptic function-related genes are decreased in patients with these disorders.

However, in various other postmortem studies in MDD and BD patients have shown discrepancies in comparison to other findings, including increases, decreases, and no change in synaptic proteins.

“Given these discrepancies, our primary goal in this review and meta-analysis is to systematically synthesize the evidence of alterations of synaptic proteins in MDD and BD and determine whether the alterations are localized in the brain regions,” the authors said. “We hypothesized that synaptic proteins and mRNAs would be reduced in frontal and limbic brain regions in both MDD and BD.”

The research focused around synaptophysin, proteins associated with the Snap Receptor (SNARE) complex, and the postsynaptic density protein 95 (PSD-95). According to the authors, proteins from the SNARE complex are necessary for vesicular docking and fusion with the presynaptic membrane, while PSD-95 is necessary for synaptic excitability.

The group’s finding were consistent with previous literature in finding that SNAP-25 protein levels present lower in patients with bipolar disorder and that no differences were round in the localization at certain brain regions. They also found that due to PSD-94’s critical role in stabilization of receptors and regulation of synaptic strength, a decrease in the protein could be a cause for dendritic spinal loss.