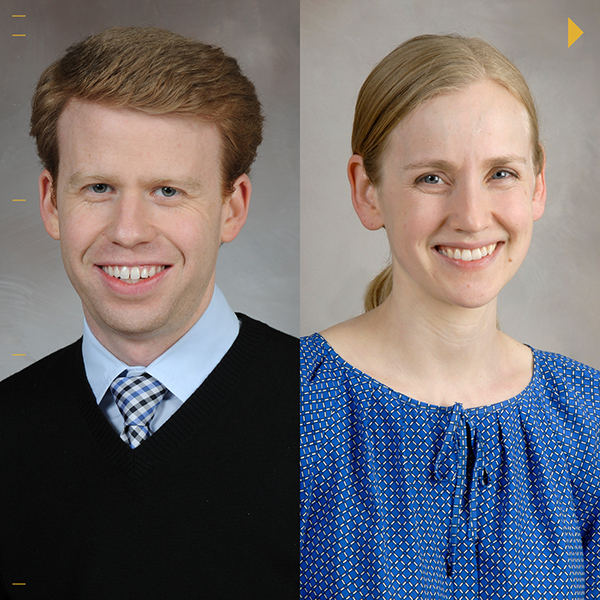 The John P. McGovern Award is given annually to outstanding clinical faculty members as chosen by the senior class. The award is made possible by an endowment from the McGovern Foundation.

Swails said that she was thrilled upon hearing she had received the award.

“Our students are incredible, with wisdom and insight beyond their years,” she said. “So being identified by them as an important teacher was very humbling.”

For Swails, the award is her fourth Dean’s Teaching Excellence Award. She previously won the McGovern Award in 2017 and earned the Leonard Tow Humanism in Medicine Award in 2020 and the Herbert L. and Margaret W. DuPont Master Clinical Teaching Award in 2019.

“I’m so grateful for the time the students spend with me, and the effort they put into both their education and patient care,” Swails said. “I want them to know what amazing physicians they are becoming.”

Swails, who was named as one of the 16 inaugural members of the Champions of Learning Environment in 2020, said that she tries to teach in a way that creates an environment where everyone feels safe and valued, so that people can perform at their best and be confident they will reach their goals. The dedication from McGovern Medical School faculty and leadership to develop new programs to improve education, patient care, and community engagement play crucial roles in helping her develop that environment.

“Teaching is very energizing, and the students keep me on my toes,” she said. “They often know more than I do.”

After earning her medical degree from Weill Cornell Medical College and completing a residency in internal medicine and primary care at Brigham and Women’s Hospital, Swails joined the McGovern faculty in 2012. She serves as the program director of the Internal Medicine Residency Program and is co-director of Interprofessional Education at UTHealth.

Findley found out about winning the award while he was on stage at the UTHealth Houston Commencement Ceremony for the Class of 2022.

“It was perfect to be directly in front of them when surprised with this award,” he said. “Plus, I’m an Astros fan, so hearing my name announced over the loudspeaker at Minute Maid Park was exciting.”

Findley, the 2019 winner of the McGovern Award, and the 2018 recipient of the DuPont Master Clinical Teaching Award, said that being recognized with the award is a tremendous honor, because it is directly chosen by the graduating class.

“It’s extremely gratifying to know that my contributions to their education had made a significant impact on them over the past four years, especially considering how many truly outstanding faculty are involved in the curriculum at McGovern,” he said.

Findley believes that McGovern Medical School has a great community of faculty who are all committed to education, which leads to increased collaboration and growth across the board.

“I really enjoy being able to collaborate with faculty from many different departments throughout the school,” he said. “I’ve learned so much myself from working with basic scientists and physicians of other specialties, which has allowed me to continue to grow as a physician and educator.”

Findley completed medical school and psychiatry residency at The University of Texas Health Science Center at San Antonio before arriving at McGovern Medical School in 2013. Prior to his time in the UTHealth system, Findley graduated from Amarillo College in 2003 with an associate of science degree in biology, followed by a bachelor of arts in interdisciplinary studies from the University of Texas at Dallas in 2005.