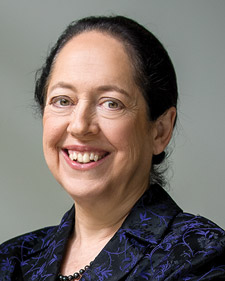 An internationally known pediatrician and a champion of pediatric global health, Dr. Barbara J. Stoll served as the first woman dean of McGovern Medical School from Oct. 1, 2015 to June 30, 2020.

During her tenure as dean, Dr. Barbara J. Stoll oversaw extraordinary growth in the Medical School size and research initiatives and the transformation of educational programs. The faculty increased by 13 percent and research expenditures grew by 26 percent from $133M to $168M, which importantly reflected an increase in the number of NIH grants by 83 percent from 145 to 266. The extraordinary expansion and development of new programs was uniquely enabled by the transformational McGovern gift, an enduring and powerful legacy that was initiated during her tenure.

As dean at McGovern Medical School,  Stoll oversaw the introduction of a newly integrated curriculum for the education of medical students and fostered novel educational and scientific collaborations with Rice University.  Stoll played an integral role in the Medical School’s clinical operations, promoting our community efforts in providing safety-net care and expanded our role in addressing the broader issue of social determinants of health.

Respectful of all voices, Stoll championed the Women Faculty Forum, the Arts and Resilience Program, the Medical School Advisory Council, and kept in weekly contact with her constituents through an email newsletter, where she routinely tackled tough issues, often those affecting most directly children or other vulnerable populations, such as gun violence, immigration, racism, and gender inequality. Another important additional effort toward ensuring McGovern’s successful future was her recruitment of new chairs in the departments of Neurobiology and Anatomy, Anesthesiology, Pediatrics, and Emergency Medicine.

Stoll joined UTHealth from Emory University School of Medicine, where she spent the previous decade as the George W. Brumley, Jr., Professor and Chair of the Department of Pediatrics. She also served as the president and CEO of the Emory-Children’s Center and director of the Pediatric Center of Georgia, a joint venture between Emory and Children’s Healthcare of Atlanta.

She has authored more than 290 papers and has been continuously funded by the National Institutes of Health since 1991. She is the 2016 recipient of the John Howland Award, the highest honor bestowed by the American Pediatric Society.